Ukrainian Agriculture: What to Watch for When Entering the Field 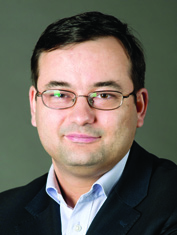 Law Offices of OMP is well known on the CIS legal market and as the most dynamic full service Law Firm on the Ukrainian legal market with particular industry focus in a pharm business, agriculture, construction and development. The firm’s practices also include the following fields: M&A, corporate law, taxation tax audit securities, dispute resolution — litigation and arbitration, etc.

Despite a considerable degree of uncertainty surrounding its future, Ukrainian agriculture still excites the interest of both domestic and foreign investors. Newcomers are ready to pay handsomely for an entry ticket. Unfortunately, they often forget that, in the absence of a considerable degree of care, their investment might turn into a gamble with odds strongly against them.

The industry abounds in legal traps and practical pitfalls. It often takes a lot of field study and expertise to identify them and minimize their effect. With ongoing legislative changes and rollercoaster reforms, the risks mutate and vary in their intensity year on year. Below are the highlights of 2015 which rolled over into the new year.

Land as the Battle Field

Agriculture is almost always about land, often about lots of it. In Ukraine, this means land lease and community relations. With the average plot of arable land around 2 ha, agribusiness has to deal with hundreds and sometimes thousands of individual land owners. This relationship is a lasting one into the bargain, with the average term of a land lease agreement being 5 to 10 years.

Land Lease Agreements. Buying land in Ukraine is, first and foremost, buying land lease agreements. It is all about the quality of these agreements and the extent to which they have been honored by both the landlords and tenants. Land leases may have various flaws and weaknesses, below are the few of them which are most common today:

— authentic signatures: rather often people collecting land for farm owners or investors tend to have land lease agreements signed by their representatives and not by the actual landlords. This gives an unhappy landlord grounds to claim that he or she has nothing to do with the particular agreement. Ukrainian courts readily uphold such claims;

— period of lease: the term of a lease is a sensitive issue. Many landlords refuse to sign long-term land leases for fear of not being able to sell their plots once the ban on the sale of agricultural land is lifted. Unfortunately, many sellers of land leases try to downplay this issue. Their ingenuity ranges from downright “correction” of the period of lease in land lease agreements to belated registration of the agreements with the claim that the period of lease should be counted from the date of state registration. Neither of these strategies finds sympathy with Ukrainian courts;

— unilateral termination: an ever-growing number of land lease agreements contain the right of landlords for early termination of leases. Usually, this right kicks in after a certain lock-up period — on average after the first three years. This is the market response to the 2015 law which set the minimum period of lease for arable land at 7 years; and

Care should be taken with land lease agreements which have less than 2 years of lease on them. Such agreements would require prompt, if not immediate, prolongation or re-signing. One year might not be enough for the prolongation of land leases with a hundred or more landlords.

Land Contiguity. Alongside land lease agreements, the second important issue is the location of leased land plots and presence of any interrupting landholdings of other tenants. As a practical matter, it is extremely difficult to have all the land plots on each field leased by the same tenant. Some landlords would be missing; others dead and there would always be those not willing to lease their land. It is important, however, to understand the percentage of land plots not controlled by the respective company. The location of such land plots might also prove crucial.

Any uncontrolled land plot might turn out to be a problem. Its landlord or tenant might raise a valid claim to free access for both people and machinery at any time. This would naturally require a field road. It might be possible to swap land plots with one such interrupting landlord or tenant and move it to the side of the field. The more such neighbors you have the slimmer are the chances of any such settlement.

Having more than one third of land plots in a field leased by a competitor usually results in an informal agreement as to which particular fields each of the companies would farm. Clearly, any misunderstanding might easily spark a stand-off, with both parties effectively blocking the farming on all of the shared fields.

It is all about people. With hundreds and thousands of individual landowners, an important part of agribusiness is bound to be liaison with locals and their communities. No matter how watertight land lease agreements are, hostilities with landowners prove both costly and time-consuming. If the worst comes to the worst, it is close to impossible to win a war against the grassroots.

Not surprisingly, dissatisfied landlords and their communities play an increasingly important role in the competition between agribusinesses. The previous year witnessed spectacular failures of several companies to win the hearts and minds of their local neighbors. On a number of occasions, this resulted in the shutdown of their facilities. Even worse than that, a great deal of land was lost to competitors as a result of poor work with the communities.

While the grievances of landlords and their neighborhoods might vary, certain misbehavior by agricompanies almost always causes their extreme dissatisfaction, if not unrest:

— failure to pay land rent: one of the recent surveys conducted in several regions of Ukraine demonstrates that even big agribusinesses at times forget to honor their monetary obligations to landowners. Such violation is recognized by Ukrainian courts as sufficient grounds for unilateral termination of land lease agreements;

— failure to farm the leased land: it does not take a Nobel Prize winner to figure out that idle land does not earn income with which to pay due rent on the land. Furthermore, the absence of tillage is viewed by many as being detrimental to the quality of soil. What is more, it may cause the farm land to be cluttered with weeds and shrubs. Deterioration of the quality of leased land might be used by landlords as legal grounds for unilateral termination of land lease agreements, which is recognized by Ukrainian courts; and

— nasty smells: absence of proper air and water filters, animal farms appear to be quite a nuisance to local communities. Unfortunately, the fact that they almost invariably occupy the locations used for animal breeding for decades if not centuries does not score highly with their neighbors, who have already been successful in closing such farms down on several occasions.

Each and every agribusiness is free to decide how to develop their relationship with local communities. What should be borne in mind, however, is that the ultimate battle lies ahead. After lifting of statutory prohibition on the sale of agricultural land (expected in 2017), loyalty or, at the very least, the neutrality of landlords, will be priceless.

An important part of the pre-acquisition due diligence is enquiry into the good standing of the target company with the local communities. Failing that, an investor might experience both erosion of the land bank and sabotage of basic operations from the friendly locals. While it is difficult to estimate the market value of such good will, its absence should definitely be reflected in the purchase price or post-acquisition obligations of the seller. For example, the sellers might undertake to renew the land lease agreements with less than three years before the expiry date.

Ukrainian agribusiness has long been fraught with crime. It all seems to have started in the communist egalitarian past when collective farms provided ample opportunity for their employees to “re-distribute” collective property which had no obvious owner. Millions of villagers were born and bred with the penchant for petty theft. Interestingly enough, the soviet state appeared to pay little attention to these frolics of the rural population.

The tide started turning after the collapse of the soviet regime and emergence of private farm owners. However, petty theft was soon to be complemented with white-collar ravage. The industry seems to be well-suited for misappropriation. The scale of it is limited only by the turnover of the particular farm. Agrichemicals, pesticides, seeds, diesel and other supplies are often written off without actual use in the farm work. To make the matters worse, many suppliers and off-takers run shadow motivation schemes targeting the management of agricompanies. Various commissions, kick-backs and facilitation payments are readily available, if not openly advertised.

The above malaise should be taken into account in several ways. The starting point would usually be proper accounting and controlling. Of equal importance is the introduction of various standards prescribing per hectare use of supplies for various crops. Unfortunately, no software or GPS monitoring would be sufficient or even decisive without proper physical stock-taking and on-site supervision. For example, of the actual application of agrochemicals. Furthermore, the computer-age agribusiness in Ukraine still requires a considerable security force. Nowadays, the focus is not only on security guards, but also on IT experts, (community) liaison officers and controllers of various types.

Importantly, any acquisition of agribusiness should be accompanied with a careful and comprehensive stock-take of all of its assets. The nature of the business makes it close to impossible to determine the stocks within several months and, depending on the season, even weeks of the handover. Any subsequent debate not backed up by the stock take documents signed by both parties might well be lost by the party claiming compensation.

Ukrainian agribusiness has long been a tax haven for its investors. The absence of both corporate income tax and VAT provided a considerable financial boost to the industry, supporting it in the cash-strapped economy. These happy tax-free days are almost over. Neither the IMF nor the Government is ready to put up with these unique tax privileges. VAT exemption is being phased in the course of 2016 and corporate income tax is quite likely to be imposed from 2017. While it is doubtful that the tax changes will ruin the business, they should certainly be factored in.

One of the important consequences of crawling taxation is the need to re-educate the accounting and finance staff of agricompanies. Following decades of light tax accounting, often done by hand and in a slip-shod manner, they seem to be somewhat out of touch with the complex bookkeeping and tax accounting rules enjoyed by the rest of the economy.

Present-day tax privileges are conditional upon agribusiness meeting certain requirements. The main one of these is that 75% of its revenues should come from the sale of its own produce, which is the produce grown or bred on its own or leased land. Unfortunately, this requirement has not always been observed by the farming companies. This is partly the fault of the delayed state registration of land leases which made it difficult for the farms to prove that they were the lawful tenants of more than 75% of the land managed by them.

If the fiscal authorities are successful in proving the violation of the above rule, they can re-assess the tax liabilities of the audited company for as much as three calendar/fiscal years. Thus, care should be taken to check the proper use of tax privileges by any farms chosen for investment.