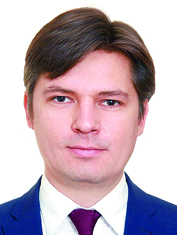 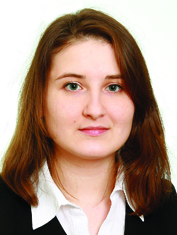 Lexwell & Partners has earned an excellent reputation at the Ukrainian legal market among clients and peers. Professional level of lawyers of Lexwell & Partners as well as the projects in which the firm has been engaged is highly ranked in legal market researches by Ukrainian Law Firms, LexQuorum, The Legal 500, IFLR 1000, Kyiv Post, Yuridicheskaya Practika and the others. Since the moment of the firm foundation and years afterwards (2005–2015), the leading Ukrainian legal periodical, Yuridicheskaya Praktika (the Legal Practice), listed Lexwell & Partners among Top 5 Ukrainian Law Firms ranked by revenue per lawyer. In 2008 the firm took first place in the Ukraine’s largest M&A deal rating (USD 3 billion); in 2009 and 2012 — in the largest litigation case rating (USD 1 billion). 2 of top 10 cross-border M&A transactions in Ukraine in 2011-2013 published by the Forbes in 2013 have been handled by the lawyers of Lexwell & Partners. In 2014 the firm gained first place among the Ukrainian law firms by revenue per lawyer. The leading English-language publication, Kyiv Post, and a legal market guideline LexQuorum have recognized Andriy Kolupaev as one of the most recommended lawyers in Ukraine.

The events of the last few years significantly destabilized the economic system of Ukraine and led to its deep structural deformation. Given the continuing political unrest and the armed conflict in eastern Ukraine, economic instability caused the outflow of foreign investment due to lack of guarantees for investors and high political and economic risk. Ukraine is no longer able to provide social and economic development through its own financial resources and needs foreign capital inflows. Therefore, the formation of a favorable investment climate is one of the strategic challenges that Ukraine faces today, the implementation of which depends on the possibility to attain and support a growing economy and social development. The problem of increasing the investment attractiveness of the Ukrainian economy (including by establishing a proper legal framework) was in the spotlight for the whole previous year and certain changes were implemented to this end.

Overall, the legal framework of foreign investment activity in Ukraine has not changed. Ukraine has legal regulation for investment and development of public-private partnership which meets international standards and practices. Thus, Ukrainian law provides for guarantees of investors and sets economic and organizational frameworks for the realization of public-private partnerships in Ukraine. Ukraine is a party to intergovernmental agreements on promotion and mutual protection of investments with more than 70 countries around the globe. On the territory of Ukraine, foreign investors enjoy the national regime of investment activity. That is, they are equal to those enjoyed by domestic investors, and are legally protected from non-repayable nationalization. Though these basic principles of investment activities incur no changes, there were a number of amendments made to legislation directly aimed at improving the investment climate in the country.

On 7 April 2015, the President of Ukraine signed the On Changes to Some Legislative Acts of Ukraine on Protection of Investors Act of Ukraine (the Investor Protection Act). This legal Act comes into force on 1 May 2016, except for some of its provisions, which shall take effect from the day following the day of its publication. By the Investor Protection Act, a number of new legal mechanisms, which may be used by foreign investors for effective defense of rights to their investments, were introduced.

It is anticipated that the Investor Protection Act will increase the level of investors’ protection through: (i) introduction of a derivative suit (action) (the right of a minority shareholder to sue on a company’s behalf to recover damages), which regardless of being rather widespread in many jurisdictions was previously unknown to Ukrainian law; (ii) implementation of responsibility of company management for damages caused to a company due to unlawful actions by them; (iii) providing that a claimant (a minority shareholder) has the right for compensation from a company of its expenses relating to a trial initiated against company management to recover damages caused to a company (within amounts actually received by a company); (iv) introduction of the institution of “independent directors” who will represent the interests of minority shareholders in joint-stock companies;(v) the detailed regulation of non-arm’s length transaction so as to take into account the interests of all shareholders.

Since 1 January 2015 the income of non-residents on state and municipal securities has been taxed at a rate of 15%. Investors were extremely concerned about this tax on gains on government securities and noted that this rule had a significant negative influence on their decision to buy Ukrainian government securities. In this regard, the Ukrainian Parliament adopted the On Amending the Tax Code of Ukraine to Exempt from Taxation Non-Residents Income Earned on Government Bonds, Municipal Bonds or Loans Secured by State or Municipal Guarantees Act of Ukraine of 22 May 2015, whereby the said tax was abolished. This legal Act came into effect on 27 May 2015.

Furthermore, Ukraine has extended an array of valid bilateral investment treaties to which it is a party. Thus, on 15 August 2015 the Ukrainian Parliament ratified the Convention between Government of Ukraine and Government of Ireland on Avoidance of Double Taxation and Prevention of Fiscal Evasion with Respect to Taxes on Income and Estate Value Increment and the Protocol thereto (these acts came into effect on 17 August 2015). Also, the Treaty between Ukraine and Japan for the Promotion and Protection of Investments was signed on 5 February 2015 in Kiev. The Ukrainian Parliament ratified it on 3 June 2015, and it came into effect on 26 November 2015. These treaties are aimed at creating favorable conditions for further development of investment cooperation between the participating countries, and they will significantly mitigate the existing non-commercial risks relating to investing in Ukraine, promote the macroeconomic stability of the Ukrainian economy and help to increase foreign investment from the participating parties.

Ukraine is experiencing many challenges to handle from political instability, poverty and abuse of power. Responsible and sustainable businesses can play a role in boosting the country’s economy. The optimistic expectations in relation to potential investment inflow in 2015 relating to the planned privatization were not met, as the government failed to prepare the legal framework to secure a transparent and competitive sale process. Privatization of large-scale assets has been postponed to 2016. If the government fulfills its commitments, the investment, including M&A, the landscape in 2016 may be driven by large-scale deals in a number of industries. Despite all the challenges, the investment appetite for Ukraine remains strong, and it is anticipated that the government’s continued efforts to improve the investment climate and anti-corruption measures implemented in 2015 will have a positive impact on the country’s investment climate in 2016.