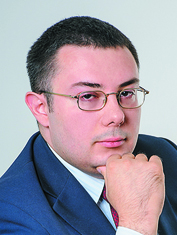 Counsel, Sayenko Kharenko. Mr. Droug specializes in dispute resolution and restructuring with a special focus on arbitration and commercial litigation. He advises local and foreign clients on all stages of dispute resolution proceedings, including in complex multi-jurisdictional proceedings 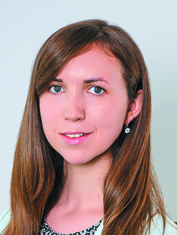 Associate, Sayenko Kharenko. Ms. Gontar specializes in international commercial arbitration, including commodities arbitration. She has been involved in a number of proceedings, including multi-party and multi-contract arbitrations under the GAFTA, SCC, LCIA Rules, as well as ancillary proceedings in Cyprus and BVI

Sayenko Kharenko is Ukraine’s leading law firm, with an internationally oriented full-service practice and a Ukrainian law representative office situated in London. In 2015, Sayenko Kharenko collected three national Law Firm of the Year awards, having been recognized Ukraine’s best team by IFLR European Awards, Who’s Who Legal Awards, and Chambers Europe Awards for Excellence. Sayenko Kharenko was also recognized one of the two best law firms in Ukraine in 2015 according to Top 50 Largest Deals Table published by Yuridicheskaya Practika Publishing. The firm is highly recommended in Ukraine by all major international guides, including Chambers Global, Chambers Europe, IFLR1000, and The Legal 500.

About its International Arbitration Practice

Sayenko Kharenko’s arbitration lawyers have unprecedented insight into arbitration proceedings in Ukraine and abroad and have built on their experience of serving as party-appointed arbitrators, sole arbitrators, chairmen of the arbitral tribunal, and legal counsel to a party to arbitration.

Arbitration has always been promoted as one of the alternative mechanisms of dispute resolution providing parties with many advantages over litigation. At the same time, it is now commonly accepted that lower costs are no longer one of such advantages as arbitration has become increasingly expensive. Moreover, there are numerous examples when a prospective claimant, having previously agreed to arbitration, does not have adequate funds to cover all costs and expenses of the arbitration proceedings.

In such cases, it is possible to seek a third party to cover participation in the costly arbitration proceedings. In some cases, engaging such third party funder becomes the only possible way for the prospective claimant to get access to justice.

What is Third Party Funding in Arbitration?

In general, third party funding is an instrument for the prospective claimant to obtain funds to cover the costs of arbitration in exchange for the share in the ultimately recovered sum. Initially, this tool was primarily used in litigation and was then expanded to arbitration.

Third party funding is mostly used in rather complex cases with large amounts at stake in order to justify efforts in engagement of the funder, as well as risks assumed by the funder.

Typically, third party funding in arbitration entails a complex relationship between the prospective claimant, its legal counsel and a funder based on the following contractual arrangements:

Funding Agreement, which is entered into by a prospective claimant as Funded Party and a commercial entity which funds participation of the claimant in the proceedings as Funder;

Engagement Letter, which is entered into by a prospective claimant and its legal counsel containing, inter alia, provision which allows payment of legal fees by a third party (this is crucial for further recovery of costs in the arbitration).

Terms of the Funding Agreement: What can be Expected?

Third party funding involves close cooperation of the funder, the funded party, as well as its legal counsel. All respective terms of such cooperation are contained in the Funding Agreement.

The distinctive feature of third party funding arrangements is that funders assume risks of adverse cost award or losing an action against the respondent. In other words, the funder in most cases cooperates on a “no win, no fee” basis in return of share in the ultimately recovered sum. The amount attributable to the funder usually varies from 10% to 50%. However, the amount of the “investment income” of the funder depends on the complexity of the dispute and risks assumed by the funder.

In some cases, the claimant might also be encouraged to invest certain amount of own funds to cover initial costs of the proceedings to demonstrate that it is committed to the case and is confident in its position.

The Funding Agreement pays particular attention to the obligations of the claimant in the course of arbitration proceedings given that a claimant’s strategic and tactical steps and decisions might significantly influence the outcome of the case.

Typical Funding Agreement, therefore, would generally require the claimant to cooperate with the funder in the course of arbitration proceedings, as well as provide for the following specific obligations of the claimant:

provide material information and documentation in relation to the funded case;

attend meetings and telephone conferences in relation to the funded case;

provide true statements as to the facts of the dispute;

bring to the attention of the funder all settlement offers, proposals or discussions with the respondent in relation to the funded case.

Control over the Course of the Arbitration Proceedings

Due to the funder’s exposure to serious financial risks, the funder is inclined to control to a large degree the most important decisions in the arbitration proceedings.

The funder’s rights to “manage” the case would typically involve its participation in determining the overall strategy of case and in decision-making process with respect to the particular procedural steps, including involvement of experts, additional legal counsel, conduct of investigations, etc. In fact, the funder would want to fully control utilization of money that it invested in the case.

Termination of the Funder’s Obligations

The termination rights of the funder may be also limited in time to a certain stage of the arbitration proceedings.

Typical Procedure for Engaging The Funder

Engaging the funder into the arbitration case requires significant investment of time and efforts by both the claimant and its legal counsel.

The relevant steps would typically involve:

searching and targeting the potential funders by the claimant, its legal counsel or professional broker;

reaching an agreement on the financial terms of funding between the claimant and the funder;

due diligence of the claim (assessment of its legal merits) by the funder;

evaluation of the likelihood of successful enforcement of the final arbitral award;

negotiating the terms and entering into the Funding Agreement.

In practice, it is preferable to engage the funder through legal counsel, which could assist in the selection process, as well as negotiations with the funder taking into account the particular circumstances of the case and the claimant’s objectives.

Should the Third Party Funder’s Engagement be Disclosed?

One of the concerns of third party financing is whether participation of the funder should be disclosed to the arbitral tribunal and other parties to the dispute and to which extent.

The issue of confidentiality in respect of the third party funding is covered in the recently amended IBA Guidelines on Conflicts of Interest in International Arbitration (as amended by the Resolution of the IBA Council on 23 October 2014), which view third party funder as bearing the identity of the claimant and, consequently, require disclosure of the funder’s identity to the arbitral tribunal and other parties to the proceedings.

As an alternative to third party funding, a prospective claimant may also consider obtaining so-called After the Event Insurance (ATE Insurance) which is designed specifically to cover a party’s obligation to pay its opponent’s costs should the legal action prove unsuccessful.

This instrument also involves a number of steps and measures, including due diligence of the claim and evaluation of the prospects of success.

The severe financial and political crisis in Ukraine put a burden on all businesses to cut costs and carefully evaluate all risks associated with resolving disputes, especially those that are subject to expensive arbitration proceedings outside Ukraine. Notwithstanding the crisis, new disputes arise constantly and require adequate approach to their management and resolution, including in terms of costs.

These factors should only encourage Ukrainian businesses to consider third party funding as a practical instrument for the allocation of financial risks in international arbitration, as well as for securing protection of their interests in challenging environment.

At first sight the third party funding might seem to be a simple tool. However, third party funding, in fact, implicates a variety of complex and disputable issues such as confidentiality, identity of the claimant, conflict of interest, disclosure of the funder’s involvement in the proceedings, security for costs, as well as money laundering.

In the end, all concerns associated with engagement of the third party funder into commercial arbitration depend substantively on the lex arbitri and law applicable to the merits of the dispute. Therefore, prior to resorting to third party funding, each prospective claimant should carefully consider not only commercial but also legal risks based on the applicable legal regimes.