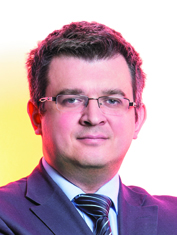 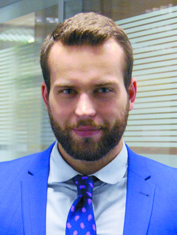 The increasing pace of integration with the European Union followed by the coming into force of the EU-Ukraine Association Agreement, preconditions the gradual harmonization of Ukrainian laws with EU standards. One of the respective trends in this domain is the fight against tax evasion arising from the provision by Member States of the EU of so-called state aid in the form of illegal tax benefits (incentives). It is estimated that by making use of certain tax benefits inconsistent with the rules of EU states, some multinationals have underpaid more than a billion euros each to the respective budgets of EU states.

In this respect it seems important to identify how EU state aid rules and existing trends could affect Ukrainian tax policies. Moreover, EU Commission’s investigations may force the restructuring of multinational companies’ businesses (including those with offices in Ukraine).

Regulation of State Aid in the EU

The definition of state aid is contained in the Treaty on the Functioning of the European Union (the Treaty), paragraph 1 of the Article 109 whereof establishes: “Save as otherwise provided in the Treaties, any aid granted by a Member State or through State resources in any form whatsoever which distorts or threatens to distort competition by favoring certain undertakings or the production of certain goods shall, in so far as it affects trade between Member States, be incompatible with the internal market”.

Paragraph 3 of the said Article establishes that, among others, the following forms of state aid may be considered to be compatible with the internal market: “(b) aid to promote the execution of an important project of common European interest or to remedy a serious disturbance in the economy of a Member State; (c) aid to facilitate the development of certain economic activities or of certain economic areas, where such aid does not adversely affect trading conditions to an extent”.

The above provision prohibits a single type of state aid, namely, support to national companies/products. This type of aid is much more precise and could be identified much easier. In turn, certain types of fiscal state aid have for a long time not been identified either by the EU members (including the states which have introduced these tax benefits), or by the Commission. In view of this the role of the Commission is limited as the state aid regime is not designed as an instrument to deal with all tax benefits. Such tax benefits granted to certain taxpayers, namely, residents of respective states, are also subject to other anti-abuse rules, arising, for instance, from agreements on avoidance of double taxation.

When a Tax Benefit Distorts Competition in the EU

The Treaty does not identify all possible types of state aid, although practically tax benefits are often recognized as a fiscal type of state aid, which was noted by the CJEU in its decision (CJEU 173/73 of 2 July 1974, Italy v Commission) a few decades ago. In particular, the court determined that in order for state aid to be available all of the following four conditions have to be fulfilled:

— Aid must be available; i.e. a financial advantage, such as a tax benefit.

— Such aid must be granted by a EU Member State (or any lower level of government) or through state resources, in a manner attributable to that state.

— Such aid should distort or threaten to distort competition and affect trade between EU Member States.

— Such aid should favor certain undertakings or the production of certain goods; i.e. it needs to be «selective».

With respect to fiscal state aid, it seems that any decision of the tax authorities deviating from general tax rules and aimed at creating a beneficial tax regime for certain categories of taxpayers/products/transactions, could be automatically regarded as state aid and is subject to comprehensive analysis for compliance with EU rules and for the absence of distortion of competition.

Fiscal state aid may exist in two forms: (i) in the form of a beneficial tax regime or measure; (ii) in the form of an individual clarification or benefit granted to a particular taxpayer (for instance, in a tax ruling).

A beneficial tax regime or measure could be substantiated by a number of reasons, the most common of which would probably be social need or the development of a certain industry, raising capital or assistance in the development of small businesses. However, any such reason must be duly substantiated and must lead to a clear economic effect. At the same time, such reason as attraction of highly mobile capital by letting it pay a small portion of profits earned (e.g., excess profit regime in Belgium) could not be recognized as fully substantiated. There should be a real economic effect which should not only achieve the a rising of tax revenues in a granting state but also create added value.

With respect to provision of beneficial tax rulings (so-called “sweetheart” deals), it should be noted that a clarification issued by the tax authorities must not contravene existing transfer-pricing rules and other anti-avoidance measures. Numerous initiatives have been adopted by the Council. The latest, the Council Directive (EU) 2015/2376 of 8 December 2015 amending Directive 2011/16/EU as regards mandatory automatic exchange of information in the field of taxation, introduced automatic exchange of information mechanisms which, starting on 1 January 2017, will require EU Member States to exchange information automatically on advance cross-border tax rulings as well as advance pricing arrangements.

As of today, Ukraine is not covered by the rules of the EU on granting state aid and, therefore, any tax benefits (incentives) distorting competition may be circumvented only by applying anti-avoidance measures if any such measures could be applicable in a particular case.

However, without deeply delving into the tax incentives granted by the Tax Code of Ukraine (especially as to VAT exempt transactions which under particular circumstances may also be regarded as state aid), a few provisions thereof could fall under the definition of state aid. In particular, one such provision is imposition of a 20% additional tax on Ukrainian residents receiving services for the production and/or distribution of advertising from non-residents of Ukraine (Article 141.4.6). Such provision could be recognized as incompatible with EU state aid rules as non-resident advertising entities are artificially forced out from the advertising market of Ukraine. On the other hand, this provision also contradicts the rules determined in most, if not all, agreements on the avoidance of double taxation. Hence, non-resident taxpayers already have a mechanism for circumventing the given provision of the Tax Code of Ukraine.

The same applies to Article 140.5.5, where under Ukrainian law a resident company could deduct a royalty payable to a non-resident in the amount of income from royalty increased on 4% of income from the sale of products received in the previous reporting year. This provision could be regarded as distorting competition between resident and non-resident companies-owners of intellectual property rights, and is not equitable. The mechanism of non-application of this provision could be the same as stated above.

Special attention should also be paid to the mechanism of advance transfer-pricing arrangements, which is rather new for the Ukrainian tax authorities. When this mechanism starts to be applied in full, the latest EU rules and findings must be taken into account and, preferably, introduced to the Tax Code of Ukraine.

To conclude, EU tax rules are in the process of being amended and there is no common understanding between EU states on how the issues of granting fiscal state aid distorting competition should be addressed. This issue is currently not in focus in Ukraine, but that does not mean that in the coming years the harmonization of Ukrainian laws with EU rules on granting of state aid in the form of tax benefits (incentives) will not emerge.