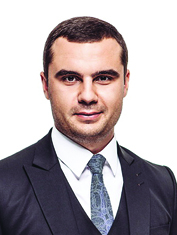 Partner, TCM Group Ukraine. Dmytro Golopapa is named among the best lawyers in the practice of International Law and Foreign Economic Activity according to results of the Ukrainian Legal Ranking made by Legal Newspaper that were published in the Kyiv Post Legal Quarterly in 2015. He practices in such fields of law as international commercial arbitration and litigation, enforcement of foreign arbitral awards and judgments, debt collection and portfolio management 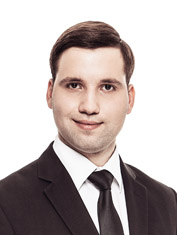 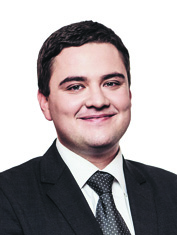 Associate, TCM Group Ukraine. Oleksii Grachov is a well-qualified young lawyer who has recently started his practice in the area of international commercial arbitration and litigation, recognition and enforcement of foreign arbitral awards and judgments, bankruptcy

At present, many Ukrainian enterprises and foreign companies doing business in Ukraine prefer to resolve their commercial disputes with foreign contractors through negotiations, mediation and arbitration instead of litigating their differences in state courts. Indeed, such unprecedented popularity of alternative dispute resolution can be explained by the flexibility of the process and by the relative speediness of proceedings, when compared to “conventional” litigation.

Often, both Ukrainian and foreign businesses resort to professional negotiators who represent them in out-of-court settlements with their business partners. This format enables the parties to significantly cut costs, as there is no need to pay court fees or hire expensive litigation lawyers.

Finally, companies can initiate arbitration proceedings against their counterparties, if other means of dispute resolution proved to be not effective. Business partners can agree on arbitration beforehand, while negotiating their contract, or after a dispute has already arisen.

It is worth noting that Ukraine is becoming a more and more attractive seat of arbitration for foreign and domestic companies. Since 2012, the number of cases administered by the major arbitration institution in Ukraine, the International Commercial Arbitration Court at the Ukrainian CCI (ICAC), has tripled from 306 to 922 cases. The majority of foreign parties are residents of the EU, China and the CIS States. However, more and more claims are filed from other states, including the US, Canada and India. Such success can be explained by much lower arbitration fees, charged by the ICAC, compared to fees of internationally recognized arbitral institutions, such as the ICC in Paris, the LCIA in London or the VIAC in Vienna. Moreover, the recommended list of arbitrators, administered by the ICAC enables the specific needs of parties to be satisfied regarding nationality of arbitrators, their experience in particular sectors of the economy, languages spoken, and other qualifications needed to conduct arbitration effectively.

Basics of Legal Regulation of the Field

Overall, Ukrainian legislation regulating the conduct of arbitration resembles the laws of other arbitration-friendly states. However, foreign companies are advised to consider certain national differences prior to initiation of arbitral proceedings in Ukraine. The most relevant issues are examined below.

It is important to note that Ukrainian courts often take a more formalistic approach in their assessment of arbitration clauses than, for example, French or British courts. In many jurisdictions, clauses that direct parties to arbitrate in a non-existent arbitral institution, (e.g., the Vienna Court of International Arbitration instead of Vienna International Arbitral Centre), can be often “cured” by local courts. The main argument of local courts in such instances is that the overall intention of the parties was to refer their disputes to arbitration instead of litigation.

Ukrainian courts can, on the other hand, find such clauses to be pathological and deny arbitration. In order to ensure effective recourse to arbitration in Ukraine it is, therefore, crucial for foreign companies to include in their contracts enforceable arbitration clauses, containing all essential elements, such as name of an arbitral institution, scope of disputes, covered by the arbitration clause, applicable law, etc.

In many common law jurisdictions, as well as in certain civil law states, strongly favoring arbitration (e.g., Switzerland), courts readily extend arbitration agreements to parties that did not sign them (non-signatories) if there is compelling evidence that those parties actively participated in the negotiation of a contract or its execution. Ukrainian courts are, when asked for assistance, often reluctant to accept parties to arbitration without their express consent and refuse requests to extend arbitration agreements to non-signatories. Foreign businesses should, therefore, insist on the express inclusion in arbitration clauses of all their counterparties.

While Ukrainian legislation does not provide an express list of non-arbitrable disputes, it is possible to conclude that the following disputes are generally excluded from the arbitration framework: disputes related to public procurement; disputes between companies and shareholders; disputes regarding invalidation of acts of state. Even if an arbitral tribunal finds jurisdiction to adjudicate a non-arbitrable dispute, an award can be subsequently annulled or refused to be recognized by Ukrainian courts.

In the course of litigation or domestic arbitration in many common law jurisdictions, one party can request another party to provide documentary evidence that can afterwards be used against the latter. By contrast, civil law jurisdictions, including CIS states, are usually not familiar with this concept. Ukrainian legislation neither prohibits nor promotes requests for document production by parties. Moreover, Ukrainian courts also have full discretion to refuse document production requests. While assessing the prospects of potential arbitration with a seat in Ukraine, foreign companies are, therefore, advised to take into account the risks that access to some key evidence in possession of another party may be refused by a tribunal or Ukrainian courts.

Currently, more and more companies, both foreign and domestic, are choosing Ukraine as a seat for commercial arbitrations. This positive tendency can be attributed to relatively low arbitration fees, high level of professionalism of arbitrators and efficient administration of arbitration proceedings by the ICAC. However, despite the overall pro-arbitration approach taken by Ukrainian courts, foreign businesses should bear in mind certain peculiarities in the conduct of arbitrations in Ukraine. First, courts are reluctant to accept non-signatories in arbitration proceedings. Second, it is important to ascertain that the subject matter of a dispute is arbitrable under Ukrainian legislation. Finally, Ukrainian courts do not usually satisfy requests made by parties for broad production of documents.