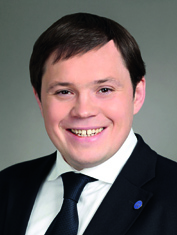 Ukrainian Law firm VB PARTNERS was founded in 2005 and since then we have won the reputation of highly-qualified specialists in various areas of law.

The company provides comprehensive legal assistance and business consulting services to national and foreign investors all over Ukraine.

There are eleven highly qualified lawyers in our team. Six of them are attorneys-at-law.

— Full legal assistance to foreign investors on the territory of Ukraine;

— Disputes with the state regarding taxation, antimonopoly and customs legislation;

In the last 3 years VB PARTNERS has been in the TOP 50 of the best domestic law firms in Ukraine.  The company’s partners are consistently found on the list of leading specialists of the country’s legal market by the most authoritative international and Ukrainian market reviews.

Confidentiality compliance, trustworthiness and immediate response to the challenges and demands of clients constitute an integral part of the company’s operating philosophy.

Our company cooperates with law firms of CIS countries and Europe, which enables effective and quick resolution of the problems encountered by clients regardless of their origin.

It makes us proud to be called an effective and dynamic law firm.

Active reform of the law-enforcement sector and the liberal atmosphere in the country has led to a reduction in pressure on business by law-enforcement agencies compared with previous years.

The bankruptcy of a large number of banks was a significant factor for increased activity on the patr of the investigating authorities. The condition of insolvent banks assets, their transactions, proper use of refinancing funds issued by the National Bank came under the scrutiny of law-enforcement bodies. Some debtors of insolvent banks were trying to get away from their commitments, taking advantage of the situation. In such cases, legal methods were not always used and that triggered a series of criminal investigations.

Against the background of reduction in direct abuses, we note an increase in professionalism of Ukrainian investigators majoring in the field of economic crimes.

What should owners and top management of business companies pay attention to avoid the risks of criminal investigations while exercising their legitimate entrepreneurial activity?

Here, I will mention the most common mistakes made by owners and managers of companies.

Execution of Сontracts and other Transactions in Violation of the Law

When concluding a transaction, even a minor violation of the law can be interpreted by the investigator as an intention to commit a crime (e.g. theft, misappropriation).

It should be noted that such a situation may occur in two cases. The first case:  when one of the parties to the contract has declared, acting not always in good faith, that a crime has been  committed as a result of such a transaction. The second case: the damage has been caused to the State.

Often, law-enforcement officers commence an inquiry and active investigations before confirmation that real damage was caused. As a rule, they do not examine the causal link between the breach of such legislation and the damage. They use expertise as proof for damages.

This happens the most in cases where “the State”, as represented by a state-owned enterprise, is a party to the contract.

Also, such a situation is possible in disputes with banks. For example, during execution of a loan agreement, the bank informally “turns a blind eye” on the borrower’s minor violations in provision of the pledge. But the formally permitted violations will become grounds for the bank’s criminal prosecution of the borrower if the borrower has stopped repaying the loan.

Failure to Comply with Corporate Procedures. Actions Beyond One’s Competence

The tradition of doing business in Ukraine does not provide much attention to issues of corporate decision-making needed to complete transactions. Often, management decisions are made “on trust”, with the subsequent execution of appropriate corporate documents, and sometimes even without it.

Such features of business practices are quite common, and by themselves, they do not entail any negative consequences as long as a conflict situation does not arise. As described above, such a risk is realized if a person, interested in the revision of the contract, has appeared. Typically, such a person is a party to the transaction, which has decided to “settle”, that is to review, the contentious relationship with the help of criminal procedural methods.

In this case, it comes to taking management decisions (to make a deal) without proper authorization. This fact, by itself, is not a crime, but the investigating authorities in this country tend to consider such action as a constituting element of theft or misappropriation.

The most dangerous by their consequences for the top management of the company, is the case where the conflict “the owner — top manager” is present. In such situation, the owner (shareholder) may deny any verbal permission and argue that all the actions of management have been carried out without the owner’s will.

One should treat with great care to execute a decision to make a deal or other corporate decision “post factum”. Modern tools of forensic examinations allow determining the time of signing of a document and stamping of a seal on it within a period of a few days. Such actions as putting down “past” dates on documents could be qualified as a forgery.

In this case, we do not recommend that you try to pretend that the documents were signed six months or a year ago, but use the instrument of post-approval — a situation where the higher governing body of the company (General Meeting or Supervisory Board) confirms the management decision which had been adopted earlier.

Transactions With the State

It should be noted that according to existing law-enforcement practice, even honest business with the “state” has an extremely high risk of criminal prosecution. In the opinion of Ukrainian law— enforcement agencies, all transactions involving the public interest are corrupted and unlawful.

The State Financial Inspectorate, whose main function is to check the effectiveness of use of state resources and assets, actively “accompanies” investigators in such cases. Often ill-founded conclusions of the Inspectorate provide the start to criminal investigations; they are, according to the opinion of investigation officers, irrefutable proof of illegal actions.

Investigations regarding actions of government officials and management of public companies beat as a boomerang by their counterparties, private companies.

If you do not want to give up doing business with public companies, you have to pay the maximum attention to the legal purity of such transactions, and you have to set aside costs for lawyers and other legal costs in the future price of the transaction.

We should distinguish between two types of companies which are fictitious.

The first type is a so-called “classical” fictitious company. Companies which are established in order to ensure tax evasion, in other words –“tax holes”. Using the “services” of such a company is fraught with not only tax consequences, but also criminal ones. The electronic accounting systems of the tax service make it possible to see transactions with such companies online. Therefore, summons for questioning by the results of work with such company is merely a matter of time.

The second kind is more “complex”. The business of the company and deal itself are real, but the form of such a business of your partner is fictitious. In Ukraine, the practice still exists of registering a company in the name of the real owner’s relatives or appointment of a person who does not actually manage, to be a formal director.

The reasons for this registration are various, beginning from traditions and unwillingness to “show” the real owner to attempt to avoid corruption charges, if the owner is part of the authorities. And again, in spite of the reality of this business, such a company can also be classified as fictitious.

How can you avoid the risk of being accused of working with such a company? How not to take the risk of inferiority of the “shape” of your contractor’s business?

You should demand higher clearance of transactions with your business partners. To achieve a director’s personal involvement in a deal rather than through representatives. Furthermore, to obtain written consent to a deal/transaction given by the owner of the company or the Supervisory Board (if any). The purpose of such actions is to prove that the decision on the deal is made by the director, as well as the existence of the business purpose for such a deal/transaction and its economic feasibility.

Summing up the last few years, we highlight the following trends in the WCC:

— Pressure/impact on business by law-enforcement agencies has declined. The level of professionalism of criminal investigations in the field of economic crimes has increased;