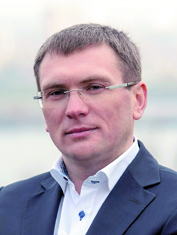 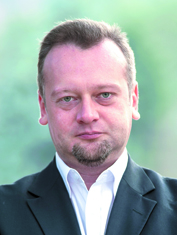 FCLEX is one of the leading law firms in Ukraine to advise clients (the largest local and international companies) in core practice areas. Established in 2002, the firm enjoys a reputation of professional legal practitioners possessing the most challenging legal experience and a deep specialization in the fields of debt restructuring (bankruptcy), tax law & tax disputes, finance and banking, corporate and M&A, as well as in the resolution of complex court and arbitration disputes.

The team at the FCLEX law firm consists of 42 lawyers, including six partners and four counsels. Many of them have been working in the company for over 10 years. FCLEX lawyers conduct comprehensive support of client projects: from the moment a task is received to complete implementation of the solutions in favor of the client.

In 2015 we firmly established ourselves as a leading law firm in such practice areas as litigation and bad debt disputes. In particular, FCLEX won a prestigious Legal Award, “The best law firm in work with distressed assets”. We were also finalists (TOP 5 law firms) in the “Best Law Firm in Litigation in 2015” nomination. FCLEX was included to the TOP-18 leading law firms in Ukraine in 2015 according to the results of the annual TOP-50 Leading Law Firms of Ukraine research. Ten of the disputes supervised by FCLEX lawyers entered the TOP-50 largest litigations in Ukraine in 2015 according to the Yuridicheskaya Practika Weekly. FCLEX was recommended as one of the leading Ukrainian firms in Banking & Finance and Dispute Resolution by Legal 500 2015 and recognized in Energy and Infrastructure, Banking and Finance and M&A by IFLR 1000 2016.

The reliability and professionalism of our specialists and flexibility and exclusive approach to each case is in demand among our major customers. FCLEX serves leading companies, industry leaders, included in the Top 10 in their relevant sectors. In particular, FCLEX customers are representatives of the financial sector, mining, metallurgy and natural resources, engineering, real estate, construction, pharmaceutical and healthcare, chemicals and energy, transport infrastructure, etc.

The issue of “a derivative claim”, i.e. the right of a participant (a shareholder) to file a claim in the interests of a company to recover damages, is especially acute in the light of recent changes to legislation taking effect on 1 May 2016.

Introduction of the said legal instrument into current Ukrainian legislation should result in improving the investment climate in Ukraine. However, a number of incompatible things with the position of the judicial branch as well as the failure to clearly state the legal mechanism for its application will significantly complicate its implementation and negatively affect the activities of companies in general.

In 2015 the Verhovna Rada of Ukraine adopted the On Making Changes to Certain Legislative Acts of Ukraine concerning Protection of Investors Rights Act of Ukraine (taking effect on 1 May 2016), under which a number of innovations are introduced in legislative acts of Ukraine (the Commercial Procedural Code of Ukraine, the Commercial Code of Ukraine, etc.). Indeed, the most interesting innovation is vesting a participant (a  shareholder) of a company holding a total of 10% or more of the authorized capital (ordinary shares) of this company with the right to start  legal action in the interests of this company to recover damages  inflicted by an officer thereof.

In its essence, the given claim is indirect (derivative), since the protection of a company’s interests as a result of filing such a claim is made indirectly, but at the initiative of a participant (shareholder), and the company becomes a beneficiary in the given court case.

Furthermore, one of the peculiarities of the said innovation is that, irrespective of the initiator of a derivative claim, the company in the interests of which the claim is filed will be deemed a plaintiff in the case on recovery of damages inflicted by its officer. The participant (shareholder) who files the claim will be deemed a representative of the company. Moreover, disputes on recovery of damages inflicted upon a company by its officer are considered by the commercial court at the venue of a legal entity.

Besides, the newly-adopted law establishes that in cases on recovery of damages inflicted upon a company by its officer the following documents shall be made available to the general public on the official website of the Supreme Commercial Court of Ukraine: orders to institute court proceedings, information on announcing the adjournment of a court session, applications of participants (shareholders) to appoint representatives to the plaintiff. The given procedural documents must be available so that a potential participant of the procedure could join consideration of the case.

It is known that a person seeks remedy to protect his violated or contested right and interests protected by law.

For this reason, the filing of a derivative claim by a representative (shareholder) means that the right and/or interest to be protected must be common and equivalent for both a participant (shareholder of the company) who has initiated the claim and the company itself, in whose interest the claim is filed.

Despite the fact that at present valid Ukrainian legislation does not set out or govern the notion of a derivative claim, the judicial branch has provided respective legal conclusions regarding its existence and implementations.

Firstly, the Constitutional Court of Ukraine adopted a decision in a case based on  the constitutional petition of 50 Ukrainian MPs regarding the official interpretation of some provisions of part one of Article 1 of the Civil Code of Ukraine (case on interest protected by law) of 1 December 2004  No.18-рп/2004 (case No. 1-10/2004 ).

Thus, applying to court with a derivative claim is possible only within the framework of legal relations of representation which, as a rule, results from the adoption of a respective decision by respective officers and/or other management bodies regarding representation of interests of the company in courts.

Though judicial law-making sets out the impossibility to file a derivative claim beyond relations of representation, legal innovations change the procedural order of initiating and considering cases on recovery of damages inflicted upon the company by its officer without stating the peculiarities as for representation.

In turn, the conditions and the order in which the possibility to file a derivative claim being introduced in effective legislation are not perfect and will have a negative influence on a company’s activity.

In particular, legislators provided that a derivative claim may be filed by a participant (a shareholder) of a company holding a total of 10% or more of the authorized capital (ordinary shares) of this company.

In addition, another no less negative circumstance, which may result in blocking the company’s activity, is the possibility by a participant (shareholder) of abuse of the right to a derivative claim.

Moreover, the newly-adopted On Making Changes to Certain Legislative Acts concerning Protection of Rights of Investors Act of Ukraine establishes the norm that, in disputes on recovery of damages inflicted upon the company by its office, waiving the claim, reducing the amount of claims, changing subject or the ground of the claim, conclusion of an amicable agreement waving a cassation claim or a claim of appeal is only possible upon the written consent of all representatives of the company.

Based on the above-mentioned and on the fact of a conflict of interests between participants (shareholders) of a company, the exercise of the stated procedural rights of a party to a court case envisaged in the newly-adopted law is complicated because obtaining the written consent of all representatives of the company is no easy task. In fact, in some circumstances it will not be possible, which in practice can cause a number of contradictions (namely contesting the validity of the written consent, impossibility to obtain written consent, evasion from providing written consent, etc.).

Improving the investment climate in Ukraine is one of the priorities at this stage of the state’s development. However, achieving this aim by introducing such a legal instrument as a “derivative claim” may have a negative influence on a company’s activity. For this reason, it is considered to be too early to introduce the given innovations in Ukraine and it is advisable that their coming into effect be suspended until the general level of corporate culture increases.