Contract with a Sportsman: What must you Know?! 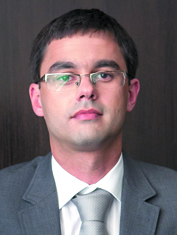 ARBITRADE is a boutique law firm specializing in international trade, international arbitration, litigation and complex negotiations/restructuring. The firm has a reputation of a client-focused law firm.ARBITRADE’s team is made up of highly qualified and experienced dispute resolution lawyers.

The ARBITRADE team also has extensive expertise in representing clients before national courts in Ukraine in commercial and administrative disputes within many industries and fields of business. White Collar Crime defense, legal security for business, support in internal corporate investigations, and compliance are among the featured practices of the firm.

Nowadays, many participants of sporting relations (sportsmen, coaches, doctors, sports clubs, etc.) share the opinion that the sphere of sports is not sufficiently regulated at the legislative level, leading to numerous violations of the rights of sportsmen and other parties in this sphere. In this article I will try to dispel this myth somewhat and demonstrate the other side of the absence of ‘overregulation’ in sports, in particular, using the example of a sports contract. It is the contract that serves as the instrument of regulating relations between two equal parties. The contract sets out the rules of the game to be followed in the absence of detailed legislative regulations. It also provides advantages and deprives a sportsman of rights in the event of any disputes in the future.

The Legal Nature of a Sports Contract

A sports contract may be defined as a contract between two equal parties in the sphere of sports which regulates their relations connected with the preparation and participation in competitions with the aim of achieving sporting results, setting out mutual rules and obligations of the parties and is concluded for a fixed term. The closest definition to the above in our legislation is the definition contained in the Labor Code of Ukraine. Part 3 of Article 21 of this Code provides that “A special form of an employment agreement is a contract in which its period of validity, rights, obligations and liabilities of the parties (including pecuniary liability), conditions of supply and organization of the employee’s labor, conditions of termination of the agreement, including premature termination, may be established by agreement of the parties. The sphere of application of a labor contract is determined by the laws of Ukraine”.

In the opinion of the author of this article, this is the definition that one should be guided by when assessing the legal nature of a sports contract. One shouldn’t think that the issue of a contract is unregulated and unclear. On the contrary, the Ukrainian legislator has granted the contacting parties in the sphere of sports the widest possible discretion in setting out the terms of cooperation between the sportsman and the employer with the aim of achieving high results and profits. And who knows whether it would be better if the state interfered more heavily in these relations. Therefore, the parties should use the freedom provided to them in determining their own rights and obligations towards each other.

Basics of Legal Regulation of the Sports Contract

The Decree of the Cabinet of Ministers of Ukraine of 19 March 1994 No.170 On the Ordering of the Use of Contractual Form of an Employment Agreement stipulates that the contractual form of an employment agreement should apply to employees at the time of recruitment for a position only in cases directly foreseen by the law (Clause 1). The conclusion of a sports contract is foreseen by the specialized On Physical Culture and Sports Act of Ukraine.

It should be noted that the specialized On Physical Culture and Sports Act of Ukraine does not contain a definition of an employment contract or an indication of terms that the latter may regulate. Yet, the Act directly connects the acquisition of the status of a professional sportsman with the conclusion of a sports contract, rendering such a contract extremely important. Namely, according to part 3 of Article 38 of the Act,a sportsman acquires the status of a professional sportsman from the moment of conclusion of a contract with the corresponding parties in the sphere of physical culture and sports on the participation in competitions between professional sportsmen. In light of this, it is important to remember that contracts should contain a clear reference to the participation of a sportsman in professional competitions. Separate contracts are to be concluded with members of the national teams of Ukraine, which is also foreseen by the Act (parts 7 and 9 of Article 37).

A Standard Form of an employment contract has been approved by the Order of the Ministry of Labor of Ukraine of 15 April 1994, No.23. It should be borne in mind that this form is not compulsory, but serves an informational and auxiliary function, and the parties are free to use it in full or in part. Generally, the standard form of a contract regulates the following issues: the scope of offered work and the requirements to the quality and time limits of its performance, the duration of the contract, the rights, obligations and mutual liabilities of the parties, the conditions of payment for and the organization of labor, the conditions for termination of the agreement, social, physical and other conditions necessary for the performance of the parties’ obligations, taking account the specificity of the tasks, professional peculiarities and financial possibilities of the enterprise, institution, organization or employer.

The latter principle “what is not forbidden is allowed” applies to the terms of the employment agreement between the sportsman and the employer. Therefore, the parties should not be afraid to regulate in as much detail as possible all the issues that may be relevant to their cooperation. This ensures the avoidance of future claims and disputes. For instance, if the situation as to the financial difficulties of the employer was clearly regulated in employment contracts, there would be significantly fewer disputes between sportsmen and clubs.

To conclude, the author would like to urge all parties to relations in the sphere of sports to try and regulate their relations independently. As of today, all the necessary conditions are in place to attain this. What is needed is simply to work out in detail each provision of the contract and bear in mind all the situations which may arise in the future within the context of your relations. Only then will you achieve the stability and confidence which are often lacking in relations between sportsmen and their employers.