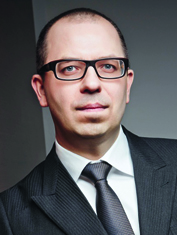 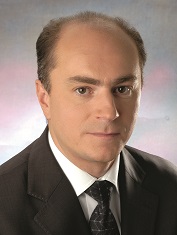 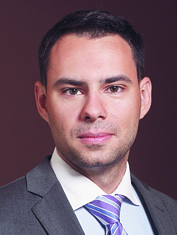 The nature and types of projects seen in the market in 2015 were dictated by the circumstances in and around Ukraine as well as the generally small appetite investors demonstrated for riskier credit like Ukraine. Hence, Ukrainian borrowers were literally forced into restructuring their existing debt instruments; the market saw many consent solicitation and exchange offer deals, some of which were attempted though not successfully closed. At the same time, clients were looking closely into alternative (non-conventional) financing arrangements, thanks to the continuing need for a flow of new borrowed money into the economy. Therefore, heavily structured finance often involving significant security package onshore and offshore, derivative instruments backed by the credit of operational facilities in Ukraine and similar tailored structures, were in demand. Many factors suggest the above trend will continue in 2016 too; some of those factors are continuing political instability, the pace of economic reform being substantially lower than expected, adverse circumstances around the eastern parts of the country and the like.

In terms of the regulatory environment, the market has been ready and demanding the lifting of many unwanted and probably unnecessary restrictions imposed by the National Bank of Ukraine. The restrictions have a big impact on normal business operations and transparency is severely affected in many instances. Businesses have to seek alternative solutions to achieve the results needed, which drive them into some shadow areas. Further relaxing of the regulatory regime is very much expected from the NBU.

The above poses some further requirements on counsels. Clients very often want lawyers to go the “extra mile”. Instead, lawyers are expected to provide business advice with sensible legal and regulatory risk assessment imbedded therein.

Sayenko Kharenko remains at the forefront of benchmark capital markets projects in the corporate and public sectors. Notably, the firm acted as Ukrainian legal counsel to investment bankson the second USD 1 billion Eurobond by the State of Ukraine under guarantees provided by the United States Agency for International Development (USAID). The team is also among leaders for restructuring mandates, reporting total volume of over USD 5 billion. The firm represented Goldman Sachs as lead manager in restructuring Kyiv City Eurobonds due 2015 and 2016, for the total amount of USD 550 million; and acted as legal counsel to Deutsche Bankon the exchange offer for outstanding USD 200 million Eurobonds issued by DTEK, which was the first ever restructuring of high-yield notes by a Ukrainian issuer using an English law scheme of arrangement. The team is customarily enlisted by banks, and advised Ukreximbank, Oschadbank, PrivatBank on the restructuring of their Eurobond issues. Founding partner Michael Kharenko is praised by the market for pioneering new structures and working on liability management transactions. Top-ranked partner Nazar Chernyavsky leads the majority of the team’s projects. Counsel Anton Korobeynikov has been noted forlegislation drafting projects with the EBRD and SEC (protection of bondholders rights, local currency bond issues, etc.). Senior associates Yuriy Draganchuk and Olexander Olshansky are the key practitioners.

Avellum has demonstrated impressive practice developments over the past year and has been appointed to landmark sovereign debt instructions. Avellum advised the Ministry of Finance of Ukraine with respect to the restructuring of thirteen sovereign and sovereign-guaranteed Eurobonds; as well as concerning reprofiling Eurobonds of JSC Ukreximbank and JSC Oschadbank with targets provided by an IMF-supported programme. With its impressive track record of corporate bond issues over the last couple of years, the team is regularly instructed by significant domestic corporates seeking liability management legal advice. Among others, the team advised DTEK, PrivatBank, Ferrexpo, as well as the City of Kyiv. Glib Bondar, partner, is among the most in-demand outstanding debt capital markets lawyer. Mykola Stetsenko, managing partner, has broad-based expertise.

Baker & McKenzie is considered one of the most experienced capital markets teams in the country. Having been involved in a large share of Eurobond offerings from Ukraine, the Kiev practice group is enlisted by issuers on restructuring and liability management advice thorough 2015. For example, the firm acted as international and local legal adviser to Metinvest on the consent solicitations and default waiver matters related to bonds maturing 2015, 2017 and 2018; advised Agroton Public Limited in connection with a cash tender offer to the holders of its USD 50 million guaranteed notes due 2019 listed on the main market at the LSE. The international expertise enables the three-partner team to handle sophisticated and pioneering work. Serhiy Chorny, managing partner, who heads the banking and finance and capital markets practice groups, is definitely one of the soundest names on the market. Partners Viacheslav Yakymchuk and Oksana Simonova are regularly involved in practice.

Asters has a reputation of diverse capital markets practice, possessing experience of acting on both sides. The firm acts as legal advisor to Ukrzaliznytsya, the state-owned Ukrainian railway company, in connection with the restructuring of USD 500 million loan participation notes due 2018. Armen Khachaturyan is consistently named asan outstanding debt capital markets lawyer. Counsel Oleksiy Demyanenko was promoted to partner. The firm enjoys debt and equity projects in its portfolio.

With its ever growing cross-border capabilities, Dentons stands out for its strong expertise in representing solid financial institutions and banks. The Kiev banking and finance team expanded in 2015 with new hires. The team, as led by partner Natalia Selyakova, advised a group of bondholders led by Ukraine’s one of the largest private creditors, Franklin Templeton Investments, on the largest and extremely complex restructuring USD 15 billion of Ukrainian sovereign debt.

Renowned for its advice on sovereign debt transactions in the last couple of years, Lavrynovych & Partners continued advisory in this respect. In particular, the team handled preliminary analysis of sovereign debt restructuring and USD 3 billion Eurobond issue follow-up advice. Partners Iryna Marushko1 and Olena Zubchenko are the key figures of the team.

With the strength of its international network, Linklaters is one of the major foreign counsels acting on Ukrainian capital markets transactions. This international powerhouse has been active across high stake corporate Eurobond restructurings, working predominantly on the lender’s side in such sound projects as exchange offer and consent solicitation of outstanding two series of notes issued by the City of Kyiv; First Ukrainian bond restructuring by DTEK through a UK scheme of arrangement; advising Commerzbank AG on liability management of loan participation notes issued by PJSC Commercial Bank PrivatBank. Among the recent ongoing projects is advising the bondholders committee of Metinvest B.V. The London-based team consists of partners Cecil Quillen and Elaine Keats and associate Olga Fedosova.

White & Case enjoys a reputation for advising on market ‘firsts’ in difficult legal environments. 2015 was a stand-out year for the team with the completion of several complex and high-profile transactions in Ukraine. It also provided market-leading sovereign advisory practice. Among its long-standing clients is the Government of Ukraine, which was represented by White & Case in the restructuring of USD 15 billion worth of sovereign and sovereign-guaranteed Eurobonds. The firm represented the two largest state banks in Ukraine in the restructuring of USD 2.8 billion of external debt and the City of Kyiv in its Eurobond restructuring. The London-based partners working on Ukrainian matters are Ian Clark, Doron Loewinger, Michael Doran, Francis Fitzherbert-Brockholes and Stuart Matty.

1 In March 2016 Iryna Marushko established her own practice Marushko & Associates.