Review of Transportation Law: in the Heart of Europe 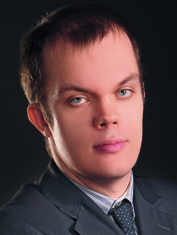 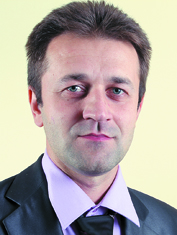 Suprema Lex is a multi-disciplinary, industry-focused Ukrainian law firm made up of highly-qualified lawyers who work proactively to help their clients reach their business goals and generate commercial advantages. The firm provides a full range of legal services to national and international companies that do business in Ukraine and abroad as well as to private people.

The firm’s main principles are an individual approach to every client, knowledge of the finest peculiarities of Ukrainian and international legislation, confidentiality and personal responsibility for services provided.

The guarantee of your success in deciding any legal question is the professional competence of specialists to whom you apply.

Highly-qualified lawyers and attorneys work at Suprema Lex, who have high-quality legal educations and excellent experience in various branches of law.

One of the main industry-specific experience of Suprema Lex is legal support of aviation. The firm’s attorneys provide preparation of legislation, getting licenses, certificates, etc, preparation of contracts and agreements, including international, customs & tax issues, intellectual property law, litigation.The experience in this area has a background in a special education in the aviation law of Viktor Moroz, managing partner of the firm, and his experience of work in the United Nations and international aviation companies.

We develop innovative strategies and provide efficient solutions to the most complex and challenging matters within the shortest period of time. With us nothing is impossible.

Ukraine is situated in the middle of Europe and lies between the Black Sea and the Carpathian Mountains. Ukraine borders on Romania, Moldavia, Belarus, Russia, Poland, Slovakia and Hungary. So, the transport infrastructure of Ukraine, together with its airports, seaports, railroads and roads is the key to the country’s competitiveness and its integration into European and world transport networks and the global economy. European integration processes, including harmonization of Ukrainian legislation with European standards, are Ukraine’s current priority. Moreover, Ukraine is also taking part in the global “New Silk Road” project that will connect China with the European Union by rail and will lie through Ukraine.

The Basis of Ukrainian Transportation Law

As the transport system of Ukraine consists of several kinds of transport, each of which has certain characteristics, then the legislation on transport is quite significant in scope and diverse in content.

Taking into account the fact that a considerable number of types of transport exist in Ukraine, let’s focus on each of them separately.

Analysis of the current state and trends of the railway transport in Ukraine shows that despite its stable work, there are several significant problems that need to be solved. This applies in particular at the undetermined legal status of Ukrainian Railways as the regulatory body of railway transport; contravention between legal and actual status of railways as the companies and branches of  Ukrainian Railways; distinction between commercial and government control functions in rail transport; imperfections of the financial and economic mechanisms ensure the depletion of assets in part due to lack of innovation and adaptability to specific operating conditions of transport.

The urgency of solving these problems determines the need to reform the railways, which has become a decisive factor in realizing the strategic objectives of industry.

To implement these goals amendments have to be made to the On Transport Act of Ukraine and the Charter of railways of Ukraine and legislation introduced on the corporatization of railway transport, tariff regulation and European technical standards of engineering, building and exploitation of high-speed railways.

The automobile transport industry in Ukraine has an extensive legal framework, but there are a number of important areas that require legal regulation. Particularly there is much tension around the issue of financing highways and attracting foreign investment. The technical standards of Ukrainian roads do not meet EU standards nor the quality and the weight loads, so Ukraine need to bring its legislation into line with EU standards. So, have to be made amendments to the On the Public-Private Partnership Act of Ukraine, On Concessions Act of Ukraine. At the end of 2015 amendments were passed to the On Concessions for the Building and Exploitation of Roads Act of Ukraine.

For the further development of international transportation of goods and passengers by leased automobile transport regulations have to be harmonized with European standards on duty free importation of cars.

The current Rules of Hazardous Materials Transportation, Safety Rules and Rules of Freight within Loading Gage Transportation have to be harmonized with European standards.

Sea and inland water transport also are very popular in Ukraine and play a significant part in transporting goods and passengers. An important step in the approach of the transport industry to European standards is interventions to develop regulations system quoting the part of export goods for domestic cargo fleet. To carry out this goal it is important to establish national freight exchanges and develop a system of financing national shipbuilding companies and, taking into account the importance of improving the quality of agency services, to implement minimum requirements for ship agents, based on recommendations developed by UNCTAD.

Ukrainian legislation on aviation law was developed in accordance with international standards, but to some extent it reflects only the beginning of market reforms in Ukraine. The main feature of aviation law in Ukraine is that legislative acts are in the main not directly applicable, but based on subordinate legislation. However, due to the basis of Ukrainian aviation legislation in international principles and acts it does, in the main, meet EU requirements. The main goals of Ukrainian aviation transport industry today are to build modern airports on the basis of old airports in Ukraine’s regions, create an effective air transportation market and develop air manufacturing.

The Ukrainian government has introduced the Concept of State target program of airports development that is aimed at involving private investments under state guarantees to make reconstruction of aerodromes and terminal complexes of regional airports in Ukraine.

The Ukrainian government is also working on the establishment of collaborative airspace with the EU, based on the free access to the market of air carriage, equal competitive conditions and collaborative rules, especially at the areas of aviation safety, air traffic management, environmental protection and industrial social norms, development of cooperation between air manufacturing complexes of EU and Ukraine.

For the moment the issue of the airlines exploitation licensing that have to be regulated by the State aviation service of Ukraine is unregulated.

Instead of a Conclusion

So, to have a comfortable transport business in Ukraine a foreign investor has to acknowledge that Ukrainian transport legislation is now developing but does not fully correspond with EU standards. Considering the quality of the Ukrainian court system and imperfections of national legislation for protecting the interest of foreign investors, reform of investment legislation that regulates activities on the Ukrainian transport market is needed. Transport law in Ukraine, due to its complexity, is closely connected with intellectual property law, M&A, corporate law, banking & finance law, labour law, litigation. The serious drawback of Ukrainian legislation in the transport sphere is the lack of a unified approach in questions related to transport activity. Ukrainian transport law  consists of different laws and subordinate acts that regulate certain, specific transport relations. The legal framework in this respect is imperfect. Ukraine should refuse to regulate transport activities via subordinate acts and instead base it mainly on international conventions and traditions. There is a strong need to systemize legal provisions regulating transport activity. If Ukraine is positioning the transport industry as one of the main Ukrainian economic areas then it should follow global trends and harmonize laws with EU standards. There is the hope that in the near future Ukraine will be known as the heart of the Europe not only in terms of its location but also as the one of the largest transport arteries in the world.