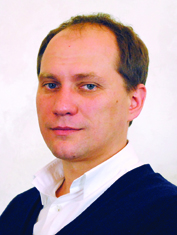 Law firm Ario was established in 2010, and prior to 2016 was known as Ario Capital Group. Partners Julian Khorunzhyi and Alexei Voronko began their professional careers with bankruptcy and insolvency, which is now the firm’s principal field of activity. Sergey Kirichenko, together with other partners, are the co-founders of the Association of Anti-crisis Management — one of the first profile organizations acting in Ukraine. Today, just like before, Ario provides legal services on commercial, tax, banking and corporate law, litigation, bankruptcy and enforcement proceedings. In 2015 the Ario team was updated with new members, and a number of practices have been significantly strengthened and expanded, namely criminal practice, government relations and business protection.

One more partner, Yevhen Hrushovets, joined Ario. Yevhen is a well-known successful lawyer who specializes in criminal practice. Yevhen became part of Ario together with his team of lawyers.

Two advisors also joined the Ario team: Vladyslav Gryshchenko and Yevhen Rokytsky. Gryshchenko worked in the Prosecutor’s Office for almost 20 years, including several years in the Prosecutor-General’s Office. As Ario’s advisor, Vladyslav specializes in criminal practice. For the past six years Yevhen Rokytsky worked at World Band Group and is still the head of the International Security Coordination Council (EU) and the International Consortium Coordinator for Economic Security (EU). Yevhen Rokytsky manages the GR-practice in the Ario team.

In a short period of time Ario has been able to achieve noticeable results and gain peer recognition. Ario has been a general partner of the Bar Association of Ukraine since July 2014. Julian Khorunzhyi (No.3 in Leading individuals of bankruptcy by Ukrainian Law Firms 2015.A Handbook for Foreign Clients), as head of the company and professional in the field of insolvency, headed the Coordinating Council of self-regulating organizations of insolvency practitioners, which brings together leading specialized self-regulatory and non-government organizations to introduce common rules and approaches to bankruptcy proceedings in Ukraine.

The recognition of Ario’s team in 2015 was also associated with successful defense of the State of Ukraine’s interests in a case regarding the bankruptcy of Ukrburshtyn — one of the largest legal amber miners in Ukraine. Ario undertook unprecedented defense of the public interest — and saved a strategically important company from bankruptcy and clearance under the control of offshore jurisdictions.

In 2015 the Ario Capital Group joined the Bronze League of Top 50 law firms in Ukraine on the basis of analysis of key performance indicators of the legal market carried out by Yuridicheskaya Practika Publishing.

The year 2015 brought no major positive changes for participants of the restructuring and bankruptcy market: the economic crisis was not overcome, and reforms were not implemented. The global banking crisis is another negative factor that may also be added. The banking crisis has caused over 70 banks to leave the market, which certainly affected clients and created new challenges for them.

As a positive factor of the last year, we can regard a more active role of the Supreme Court of Ukraine in maintaining judicial practice, but we cannot say there is enough integrity in this field.

Bank bankruptcy is the trend of 2015-16. At the same time, both systemic and “small” banks are going bankrupt. Over 70 banks have been recognized insolvent. The Deposit Guarantee Fund (DGF), which used to be an unobtrusive government institution a few years ago, now plays a prominent role in restructuring and bankruptcy. The estimated value of insolvent banks is UAH 80-90 billion, and their book value is about UAH 400 billion.

Bank debtors are most likely to suffer from bank collapses. They have to choose between buying out their rights of claim from banks (it is no use hoping for sizeable discounts from the DGF if a pledged or mortgaged property is liquid) and admitting buyback of their debts by “questionable” factoring companies. As a rule, debts are bought out by totally unknown factoring companies.

As a matter of fact, debtors have no alternative but to buy out their own debts. This requires bearing considerable expenses paid for by companies’ own sources. Hence, companies face a working capital deficit which they have almost nothing to cover with. Attracting loans for debt buybacks and working capital replenishment is an extremely difficult task, given the economic crisis conditions in Ukraine. Attracting funds from abroad is not simple either, since foreign investors are not in a hurry to invest in Ukraine due to the unfavourable local investment climate. Therefore, imperfection of the existing mechanisms in the DGF and mass involvement of stakeholders in the issue have negative consequences for the country, because the funds are being withdrawn from the real sector of the economy and get into population’s hands as deposits guaranteed by the government, thus increasing inflationary risks.

Furthermore, mass buybacks by debtors via their factoring companies has resulted in a drastic decrease of the stock value of newly-established factoring companies, which have fallen in price from USD 20,000-25,000 to USD 7,000-8,000, not to mention other negative effects.

For law firms, it would be interesting to cooperate with problem banks as to the collection of liabilities. So far, cooperation with the DGF has been unattractive for outsourced lawyers, and this is not their fault. First of all, insolvent banks are unable to pay. Secondly, law firms are interested in the success fee. However, when less than 50% of the debt is collected, the success fee amounts to UAH 0. Taking into consideration that debt securities lose value, it is often next to impossible to achieve a 50% collection. Thirdly, there are numerous examples when a law firm spent a year on debt collection litigations, but, as it approached a legal outcome, the DGF decided to sell the rights of claim under a relevant loan agreement. Consequently, the legal assistance contract was terminated. Such situations have made problem banks unattractive for the legal services market.

However, it is too early to speak of judicial practice and consequences of these decisions, for such decisions have not been considered by the higher court of instance yet.

From the regulatory point of view, in 2015 bankruptcy saw repeated attempts to amend the On Renewal of Debtor’s Solvency or its Acknowledgement as Bankrupt Act of Ukraine.

The Draft was submitted to the Verkhovna Rada of Ukraine several times, but was not adopted even in the first reading. The last version of the draft law is currently being reviewed by Parliament under No.3163. According to its resolution, the Committee on Economic Policy does not recommend adoption in the first reading, though it advises inclusion of certain provisions of this document in Draft No. 3132 which is currently being prepared for its second reading.

To counterbalance the aforementioned Draft, the Verkhovna Rada of Ukraine Committee on Economic Policy elaborated and submitted for consideration by Parliament Draft No. 3132 On Amendments to Certain Acts of Ukraine regarding the Enhancement of Bankruptcy Efficiency, which was developed with the community’s involvement, and the Committee is recommending its adoption in the first reading.

This Draft eliminates a number of mistakes in the basic Act and is aimed at terminating major schemes currently used for unlawful withdrawal of debtors’ assets. The most significant amendment is legalisation of remunerations of bankruptcy commissioners: it is proposed to pay such remuneration in an ad hoc manner, in a differentiated amount of 3% to 5% of the sums of creditor claims that are settled. For the sake of this provision only, the Draft may be totally adopted, because for a long time the lack of a bankruptcy commissioner’s salary has been precisely one of the biggest corruptive elements of the bankruptcy procedure.

Moreover, the Draft is being prepared for its second reading. Within the framework of such preparation, amendments are developed on improving procedures on selling a bankrupt’s property. The amendments are aimed at ensuring full publicity of the auction process and introducing a new auction model. It is proposed to introduce electronic auctions based on the principles of the electronic public procurement system.

As for the Act’s practical implementation, 2015 was noted for the beginning of the SCU practices enhancement. Thus, the SCU finished with the impossibility of appealing against certain decisions under the cassation procedure.

However, the bankruptcy field faced problems similar to those in other fields, such as SCU contrary legal opinions on the same issues. The lack of integrity in judicial practice does not favour strengthening the principle of the definiteness of law and makes it risky for external investors to participate in bankruptcy procedures.

No improvements took place in this field in 2015. Issues in the field of enforcement of court decisions are similar to those in other practices. This relates to the efficiency of operations of the State Enforcement Service (Bailiffs) and SE SETAM, as well as to legal opinions of higher court instances.

Nonetheless, there is hope that the reform started in enforcement proceedings last year will be completed soon. The Judicial Reform Council under the President of Ukraine prepared Drafts No. 2506а On Organs and Persons Ensuring Enforcement of Court Decisions and Decisions of Other Authorities” and No. 2507а On Enforcement Proceedings. Both documents have already been submitted for review by Parliament.

These Draft Acts were determined by the President as urgent for the priority review by the Verkhovna Rada of Ukraine and adopted by the Rada in the first reading on 8 October 2015.

The Drafts propose to change enforcement proceedings radically, eliminate bureaucratic barriers, improve the procedure for enforcement of court decisions and sale of seized property, render most of the actions of bailiffs automatic, introduce the Unified Public Register of Debtors, and abate corruptive elements. The overwhelming majority of experts have supported adoption of a mixed decision enforcement system, including introduction of the private bailiff institution.

An essential provision is setting adequate remuneration for private bailiffs and bonus payments to state bailiffs for the actual implementation of court decisions.

The reform will significantly enhance the level of protection of property claimants that have been waiting for the execution of relevant court decisions for years now.

It should be admitted that the said reform will aggravate the state of individual debtors. This relates especially to problem mortgages. Considerable issues in this area do exist and are criticised. However, despite suggestions made to reject the reform, it has focused on the necessity to adopt certain mechanisms for legal protection of individual debtors.

Such protection mechanism, similar to that in “civilised” countries, means legal procedures on restructuring the debts of individuals or acknowledgement of individuals as bankrupt. A relevant Draft (No.2353а) was registered with the Verkhovna Rada of Ukraine by Ukrainian MPs.

Ukraine has a chance to implement complex reform in the enforcement of court decisions, which within the framework of the judicial reform already under way will contribute to resolving numerous issues on the efficiency of legal procedure.