Novelty as an Invention Patentability Criterion 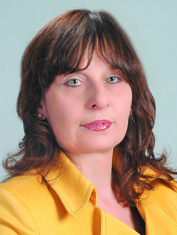 IPStyle Patent Law Company is a full-service IP boutique with a special focus on CIS countries. We operate not only in Ukraine, but also in Russia, Belarus, Kazakhstan, providing integrated support to our clients. Launched in 2007, IPStyle is well-known on the Ukrainian market as a trustful legal adviser on IP projects. For these years the company has been working with many worldwide and Ukrainian brands on various complex and challenging IP matters. Our client list is a trustworthy measure of various Ukrainian and foreign companies, including companies from the United States, United Kingdom, Germany, Poland, Mexico, South Africa, Russia, Romania, etc. We have in-depth experience in all Intellectual Property spheres,  including trademarks, patenting, copyright, domain names, IP consulting and litigation. IPStyle’s multifunctional team includes 14 people who are IP experts and lawyers specialized in IP protection as well as technical specialists, who provide high quality expertise and consulting. Each of our members has a special individual field of work and responsibilities to provide 360 degree IP protection. IPStyle managing partner Mariya Ortynska is the guide and the leading force of the company, who contributes towards developing and expanding the scope of our activities.  Our experts are members of International Trademark Association (INTA), Eurasian Patent Agents (CEAPA), Ukrainian Bar Association (UBA), Federation of Appraisers of Business and Intellectual Property (FOBIS). IPStyle occupied a position in the Silver League of Legal500 Ranking as a firm recommended on IP law matters in Ukraine. World Trademark Review 1000 also included IPStyle in its list, as it was recognized as a Silver League IP law firm in Ukraine for 2015-2016.  We not only protect intellectual property rights performing our duties, but also try to take an active part in social activities and raise legal awareness in Ukraine to a new level. In this regard, the company’s specialists carry out pro-bono training sessions and seminars.  What set IPStyle apart is that every project is unique and they lack comparables. We go all the way with a client project, delivering personalized business solutions based on applicable IP law and unique business industry mechanisms.

The modern economy is driven by technology with thousands of invention patents registered around the world annually. If you want to protect your invention, you need to act quickly and effectively because it might be quite possible that in the same hour a scientist somewhere at the other end of the world invents something similar to yours.

In Ukraine, all relations arising in connection with acquisition and realization of property rights to inventions and utility models are regulated by the On Protection of Rights on Inventions and Utility Models Act of Ukraine. The priority, authorship and ownership of an invention must be certified by a patent (declarative patent). Like in most countries, a Ukrainian patent for invention is valid for 20 years from the date of filing of an application with the Ukrainian Intellectual Property Institute (Ukrpatent).

According to Article 7 of the above Act, an invention is deemed to comply with the requirements of patentability if it is new, involves an inventive step and is industrially applicable. An invention patent may be taken out provided that the applied technical decision meets all these three criteria. Let us consider one of the key criteria of patentability — its Novelty.

What is Novelty of Invention?

The law provides that an invention is new if it is not known among the prior art, which includes any information having become publicly available before the invention priority date.

Patentable invention constitutes information on a technical task’s solution. Such information is considered to be new if, by the time of filing an application of the invention patent, the latter has not been found among the other, previously known, sources of information, which as a whole defines available prior art. The prior art includes any information on the character of the invention, no matter whatever the way may be that it has become publicly available — whether through publication, oral disclosure or disclosure by use. In other words, the prior art is a combination of already known solutions reflected in technical objects, design and technological documentation and other sources of that kind. It also includes the content of any patent application in Ukraine (PCT applications entered in Ukraine) in the original wording. Besides, publicly available information refers to such data that any person can learn in a lawful manner.

Novelty of invention is defined at the date of filing an application with the Ukrainian Intellectual Property Institute (Ukrpatent) or at the priority date. As follows from the foregoing, any publicly available information, which is found known  within these dates and which is identical to that described in the new invention, may discredit its novelty. However, if the information about the invention has been disclosed by the inventor himself or by the person who has received the information from the inventor — whether directly or indirectly, and that has become publicly available 12 months prior to filing the application with Ukrpatent, then such information does not deny the novelty of the invention, since the law provides authors with the exception to lack of novelty for the period stated. Suppose you have been developing your invention and presented it at a scientific conference. Since you are the inventor and the invention has been publicly disclosed, such disclosure is not to discredit the novelty of your invention (provided it is filed within 12 months from the date of such disclosure).

Area of Disclosure that Discredits Novelty

Inventors who intend to apply for an invention in Ukraine should be prepared for the fact that the novelty of the invention relates to the requirement of an absolute world novelty: the essence of the invention before the filing date must be disclosed neither in Ukraine nor abroad.

For example, a Ukrainian inventor has invented a ventilated mattress. According to the inventor, the novelty of the invention lies in the fact that the mattress is provided with a built-in vents and using such a mattress will ensure air circulation, improve the processes of heat exchange and evaporation of moisture, which would enable an improvement in the overall hygiene of the product. However, when checking this technical decision for novelty, experts have found a patent for a Ventilated mattress published on 24th August 1909 in the United States. According to the American inventor’s patent, the mattress was placed in a wooden frame installed between the bed backs and, through the holes in the mattress, access to air was provided for a person lying on the mattress. It goes without saying that the technologies and materials of mattresses manufactured in the 21st century and in early 20th are completely different. However, these two solutions are considered identical since the mattresses are provided with holes and carry the same function. As a result, the Ukrainian inventor was refused in being granted an invention patent.

The Novelty Test of the invention claimed is essentially an important stage of the patent application qualifying expertise. The purpose of this expertise is establishing the compliance of the claimed subject matter of invention with conditions of patentability.

This means that in order to substantiate the invention’s non-conformity with the condition of novelty, the combining of results obtained from different sources (including different parts of the same document), each concerning only a part of independent features of the invention claimed, is not allowed. Still, if the data on the object that the claimed invention is being compared to, is contained in one source of information (primary) while the clarification of certain features of the object is contained in the other, this other source is considered to be a part of the primary source provided there are doubtless reasons to believe that the information from both sources refer to the same object. In addition, for interpretation of the concept used in the source of information, the use of dictionaries, reference books, international, governmental and industry standards, rules and regulations in the art this invention falls within, is allowed.

Invention is not considered a novel if there is an object detected in the prior art, which uses every feature (or equivalent feature) included in the independent claim. In this case the form of the feature presentation — whether verbal, mathematical, graphic, symbolic or the like — does not matter. The equivalents are recognized as features that have different forms of their implementation but perform the same function on the same principle and in the same way and, thus, enable the technical result of the same kind and quality to be achieved.

An application was filed with Ukrpatent for “candy, which consists of a body, covered with glaze, and which is characterizedin that the body constitutes peeled sunflower seeds”.During the novelty search the expert has found a source which describes “candy, which consists of a body, covered with chocolate glaze, which is characterized in that the body constitutes a peeled and fried sunflower seed”. As we can see, the item found uses every feature of the invention having been claimed, so it was not recognized as novel.

How can you Estimate Invention Novelty?

The answer to this question seems at first glance to be simple — it is the Internet that will help me! It is quite easy — I enter my question into the search engine and it gives me everything I need! I enter and…here the first problem arises. For example, Google on your request for a “water-heating boiler” will in 0.39 seconds give you out more than 483,000 results, and on requesting a “hot water boiler” millions of results. How long does it take to go through all that information? And does it include all existing sources? For example, scientific conferences or symposia reports, theses, etc. are not always published in their entirety. It is quite clear that the number of search results may be limited by entering additional keywords into the search area, but the problem still remains.

Another problem of independent search for analogs to your invention lies in the fact that an average Internet user could not perform the search in the database of patent offices located throughout the world. The only solution to these problems is a preliminary patent study or patent search for novelty to be conducted by qualified IP information search experts.

The main purpose of conducting a search for novelty is to establish the presence or lack of novelty of the invention prior to the date preceding the date of the search. It is a rather essential procedure since thanks to the search it is possible to minimize the risk of refusal of a patent registration.

In the course of a patent search experts usually distinguish the following stages:

1. Determining a set of features that make the subject matter of the invention at stake distinctive.

2. Analyzing the prior art (sources available) with regard to novelty and popularity of the essential features of the invention.

4. Making the closest analog stand out, i.e. the invention prototype which is the most similar to the set of features the invention belongs to.