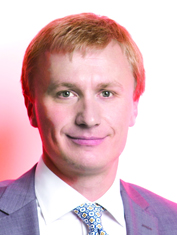 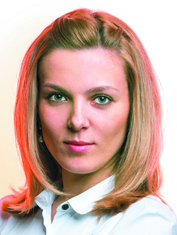 According to the IEA World Energy Outlook Special Report (2015), world natural gas demand will increase by around 30% by 2030. Therefore, the uninterrupted supply of energy, including of natural gas, as well as energy supply security are a key world concern. Considering the fact that historically Ukraine has been a gas-dependent country the security of gas supplies is one of the priorities of Ukrainian energy policy.

Seeking a solution gas importing countries referred to the principle declared long ago by Winston Churchill of “Safety and certainty in oil lie in variety and variety alone.” With this imperative for variety, the topic of energy security was born.

It should be noted that taking into account the tension in the relationships with Russia, which used to be the main exporter of natural gas to Ukraine, in April 2015 the Government approved the Forecast Balance for receipt and distribution of natural gas in Ukraine for 2015. According to the document state-owned energy company NJSC Naftogaz of Ukraine should continue to take steps towards diversification of natural gas supply sources and, what is more important, the Forecast Balance prohibits, inter alia, NJSC Naftogaz of Ukraine from importing more than 50% of the total volume of natural gas from one supplier1.

It should be admitted that Ukraine has made good progress in this direction, as in fact gas imports from Europe in 2015 were 63 %, whereas only 37% of gas supplies were from Russia, which means that import from Russia is no longer critical.

In terms of diversification Ukraine is also working on developing its infrastructure to enable an increase in gas supplies from Europe to Ukraine. Thus, in December PJSC Ukrtransgaz, the operator of the Ukrainian gas transportation system, and Poland’s Gaz-System S.А. agreed on the construction of a 110 km main gas pipeline interconnector called Drozdowicze — Bilche-Volytsa with a capacity of 8.0 billion cubic meters per annum in the direction Poland-Ukraine and 7.0 billion cubic meters per annum in the direction Ukraine-Poland. The project provides for the integration of the gas transport systems of both countries to increase gas imports to Ukraine from Europe through the Republic of Poland and ensure the safety of European gas in underground gas storages located in Ukraine and its supply to consumers in EU Member States. In October 2015 the parties received the feasibility study on the interconnector’s construction and he project itself is expected to be fully implemented in 2020 as a part of The North-South Gas Corridor.

Furthermore, in June 2015 Ukrainian gas transmission system operator Ukrtransgaz and Hungarian operator FGSZ signed an interconnection agreement governing two-way natural gas flows on the interconnector across the border. At the same time, these kinds of supplies may be implemented only provided that Gazprom provides the Ukrainian operator with shipping code pairs, which contain information on volumes of gas, supplier and buyer, which Gazprom continues to refuse to do so. It is obvious that as soon as Russia provides Ukraine with the needed information this will facilitate European and Ukrainian cooperation within gas supply and infrastructure development, but the issue is more of a political one.

According to the State Statistics Service, in 2015 Ukraine produced 19.9 bcm of gas (not taking into account the territory of temporarily occupied Crimea), which means a decline of just 3% in production compared to 2014. NJSC Naftogaz of Ukraine declared that PJSC Ukrgazvydobuvannia produced 14.5 bcm of natural gas (a 4% fall on 2014).

It should be noted that the statistics are quite good given the conditions in which the gas production companies appeared to be in 2015. The main obstacle for the sector became dramatically high rent levels.

Thus, on 28 December 2014 the Ukrainian Parliament adopted the Act of Ukraine On Amendments to the Tax Code of Ukraine and Some Legislative Acts of Ukraine Regarding Tax Reform to establish, in particular, new rent rates for oil and gas production. Under the mentioned law, increased taxation for private oil and gas companies was introduced as follows:

(3) for companies producing hydrocarbons under joint operation agreements, regardless of the depth of resources, the rent was established in the 3rd quarter in the amount of 70%.

This means that the government failed to keep its promise that high rental rates introduced in 2014 were temporary and that they would be reduced from 2015. Moreover, on 2 March 2015 Parliament adopted the On Amendments to Articles 165 and 252 of the Tax Code of Ukraine to Increase the Rent Rate for Subsoil Use in the Production of Natural Gas for Household Consumption for Gas Deposits up to 5 km from 20% to 70% No.211-VIII Act of Ukraine. In particular, it referred to state company Ukrgazvydobuvannia.

Such a fiscal regime was explained by the economic situation in the country and Parliament intending to bring additional income to the state budget. At the same time, these actions were not in line with the announced strategy of Ukraine on diversification of gas supply, as it did not encourage a rise in domestic gas production, but on the contrary many gas production companies announced they were about to stop their activity as they were unable to bear such a high tax burden.

After lots of initiatives and discussions on 24 December the On Amendments to the Tax Code of Ukraine and Certain Legislative Acts as to Ensuring Balance of Budget Revenues in 2016 No. 909-VIII Act of Ukraine was adopted, which stated that from 1 January 2016 rent rates for gas production would be reduced from 55% to 29% (well depth up to 5 km) and from 28% to 14% (well depth of over 5 km).

Another obstacle which gas production companies faced in 2015 was formation of a so-called insurance reserve of natural gas. Thus, the Cabinet of Ministers endeavored to oblige traders and gas producing companies to form an insurance reserve in the amount corresponding to the 100% of the planned monthly delivery, but later it was reduced to 50%. The reduced rate is better than previously, but still being just half way to a genuine improvement in the market. There is a lot of discussion among market participants about the approach and main idea of such obligations, mainly on who should be the proper subjects to form such reserves. Therefore, we await introduction of amendments in this regard.

In general, it is clear that the year was a very complicated one for the upstream sector in general, including extremely high rent payments negatively affected it. However, the fact that finally taxes as well as the obligation on gas insurance reserves were reduced means that market players were heard by the government and the latter is ready for dialogue, which is a positive signal.

To sum up, 2015 was marked by a number of other important developments in the oil and gas sector, including adoption of the On the Natural Gas Market Act (in accordance with the Third Energy Package); restructuring of NJSC Naftogaz (unbundling); Ukraine joining the Extractive Industries Transparency Initiative (EITI) and restructuring of NAK Naftogaz Ukraine; the unconventional gas sector  investors’ exit from shale gas projects; privatization of city gas distribution companies.

The main purpose of the On the Natural Gas Market Act is to create an effective competitive environment on the natural gas market and bring Ukrainian laws and regulations into line with the Third Energy Package. It is important that in future operators of the backbone transmission system, gas distribution systems, storages, LPG plants and gas suppliers must be different companies. Ukraine’s gas transportation system will still be owned by the State, while its management will be entrusted to partner companies that should be selected on a competitive basis and have at least five years of experience of managing a gas transportation system on the EU or U.S. market.

Though Ukraine is only on the reform path and has basically only taken its first steps, it is believed that the result of reform of the Ukrainian oil and gas market according to the Third Energy Package, including unbundling of gas transportation system operator and securing non-discriminatory access to the gas networks, will turn the Ukrainian market into a competitive one and attract foreign market players. Being realistic it should be admitted that lots of measures have not been taken yet and lots of legislative acts still need to be developed. The future of the Ukrainian gas transportation system (GTS), including underground gas storages (UGS), has still not been determined. It is still to be defined whether, taking into account legal, financial and technical aspects, it is more efficient to operate GTS and UGS together or apart. No doubt  foreign traders will enter Ukraine  in order to store their gas in Ukrainian UGS only when there is a clear framework for importing and what is of more importance exporting such gas (as they will inject their gas only if  there is a guarantee that such gas may be taken back to Europe). The issue of tariffs rates and methodology of tariffs formation need to be determined and, as a result, Ukraine will be able to propose competitive terms for gas storage. The scenario when Ukrainian GTS and UGS are not used either by Europeans or by Russia is so far not favorable for Ukraine and, therefore, this shall be the main factor fostering implementation of a really competitive and open gas market.

1 Currently Russia and Ukraine are not applying the provisions of the existing gas supply contract signed in 2009 as they await the arbitration decision in Stockholm, at the same time the parties together with the EU are reaching temporary compromises for each season of gas supplies by setting conditions for cooperation. It should be noted that Ukraine halted natural gas purchases from Russia in November 2015.