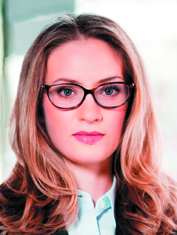 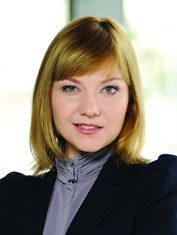 AEQUO is an advanced industry-focused Ukrainian law firm made up of highly-qualified, internationally recommended lawyers who work proactively to help their clients reach their business goals and generate commercial advantages. Backed up by solid industry expertise and a thorough understanding of business, we develop innovative strategies and provide efficient solutions to the most complex and challenging matters.

AEQUO is recognized by international and local legal directories, such as Chambers, Legal 500, IFLR1000, World Trademark Review 1000, and Best Lawyers.

Without any hesitation we can say 2015 was a year to celebrate in the sphere of Telecom and IT in Ukraine. Brightened up by several notable M&A deals, it is evidence of revolutionary developments in the industry, such as the long-awaited 3G launch and the road map introduced for implementation of 4G / LTE in 2017. The only matter that is yet to be decided is the Number Porting Service.

Telecom and IT markets showed unexpected M&A activity, which strengthened the hope for further developments.

The first notable transaction took place in June 2015, when Turkcell acquired a 44.96% stake in Euroasia Telecommunications Holding BV (Netherlands), owning 100% in the Astelit LLC (Life:) mobile operator. As a result, Turkcell is now the sole owner of Astelit LLC, and will continue further expansion in Ukraine under a new trademark, Lifecell, instead of Life:). Such activity on the part of a major player shows nothing but a strong belief in Ukraine’s telecom market prospects.

Another brand-changing deal took place later in 2015, when Vodafone entered Ukraine by concluding a brand arrangement with MTS. As a result, MTS Ukraine changed its brand to Vodafone (although remaining controlled by MTS Russia), and all further services (including the launch of 3G) will now be provided under Vodafone TM. Such a deal will inevitably lead to changes in tariffs and range of services, and cannot but enhance competition on the market. Experts do not rule out that Vodafone may acquire a minority stake in MTS Ukraine in future.

The Soros Fund acquired, through its Ukrainian Redevelopment Fund LP, a non-controlling stake in one of the largest IT companies in Ukraine — Ciklum, which is a leading global software engineering and solutions company with a strong presence in Ukraine. The Ukrainian Redevelopment Fund, a private investment vehicle focused on private equity investments in Ukraine and Ukraine-related companies, undertook this investment to promote economic and social development in Ukraine. This transaction is an excellent example of how profitable and successful IT business can be if combined with Ukraine taskforces.

Two other notable transactions reaching up to around USD 350 million involved start-ups, once again proving the extraordinary potential of Ukrainian software engineers.

Oracle bought a Ukrainian provider of cloud-based software that enables the testing, targeting and personalizing of what a customer sees on a web page or mobile application — Maxymiser, while Snapchat acquired Looksery, a facial tracking and transformation technology company.

2005 — 2015 Ukrainian 3G saga about 3G implementation in Ukraine is finally over, with users getting fast wireless mobile Internet.

No wonder that in February 2015 three major mobile operators (Kyivstar, MTS Ukraine (now Vodafone) and Life (now Lifecell), who were announced to bid for all lots and pay a guarantee fee in the sum of UAH 810 million (App. USD 32 million) each, all successfully acquired a 3G license.

Following the auction, all three operators rushed in pursuit of the goal to launch 3G as soon as possible. Now all operators are concentrated on complying with their license obligations, namely to implement the 3G technology in all Ukrainian regional centers within 18 months from the date of being granted the license, and to launch 3G in all district towns and the towns with a population exceeding 10,000 people in the next 2-6 years.

Taking into consideration the speed of introduction of 3G and the high demand from the public, the forecasts are positive, with the 3G market accounting for 12.6 million subscribers in 2016. Such a tempo brings Ukraine to be the fastest growing 3G market in the world. When assessing the average revenue per user in Ukraine (which is very low compared to other countries), the launch of 3G is considered an impact capable of increasing this index and will further increase the aggregate volume of Internet data transfers and reduce the volume of calls, sms and mms transfers between end users.

The Ukrainian government decided not to hesitate with the next step — introduction of 4G in Ukraine.

For this purpose, the National Telecommunication Commission prepared the Action Plan on Introduction of the Fourth Generation Mobile Communication in Ukraine, subsequently adopted by the Cabinet of Ministers of Ukraine on 11 November 2015.

The plan in question provides for several steps to be taken: (i) creation of a working group in November and approval of the technical specifications in November 2015, (ii) appoint a foreign company for conducting scientific research and execute a contract on such works in December 2015, (iii) approval of results of such scientific research in December 2016, (iv) introduction of changes to the national frequency allocation table / usage plan and re-farming existing frequencies for LTE under a new technology-neutral licensing regime in February — June 2017, and, finally, (v) tender for 4G license.

However, it appears that the plan is regarded as optimistic, and that it would be hard to stick to the deadlines set in it. In particular, the contract, which had to be executed with a foreign company for conducting scientific research in December 2015, was approved only in February 2016 and has not been signed yet.

Portability of mobile numbers allows users to change their operator without changing the user’s mobile number. This possibility is an ordinary service in many countries, but it is still not available in Ukraine.

The regulations allowing the implementation of this service (Regulations on Providing the Subscriber Number Porting and Personal Number Use Services (Regulations) were adopted in April 2013. Pursuant to the Regulations, starting from 1 July 2014 the users of mobile telecom services should have enjoyed the number porting possibility from any current operator’s (donor operator’s) telecom network to any new one (recipient operator’s) network.

However, the service has not been provided within the said term due to certain drawbacks in the procedure of MNP administrator appointment, litigations initiated by Kyivstar against the launch of MNP service on terms and conditions provided in the Regulations.

On 31 July 2015 the National Telecommunication Commission adopted new Rules on Provision of Mobile Number Porting Service. According to the Ukrainian State Centre for Radio Frequencies, the mobile number-porting launch is scheduled to start at the end of March 2016.

The special tender for purchase of software and hardware for this service took place on 25 January 2016. Dialink company was announced as the winner as its software solution on the basis of Latvian platform Mediafon cost UAH 71 million (approx. USD 2.84 million). However, another company, SI Centre, whose proposal appeared to gain more points from Ukrainian State Centre for Radio Frequencies preliminary estimation, filed a claim to the Antimonopoly Committee of Ukraine. On 18 March 2016 the Antimonopoly Committee of Ukraine (ACU) satisfied SI Centre’s claim, and obliged Ukrainian State Centre for Radio Frequencies to cancel all tender decisions adopted after the disclosure of participants’ proposals.

If the Ukrainian State Centre for Radio Frequencies does not appeal against the decision the whole process of tender announcement, filing proposals and estimating them by the regulator will take place once again.

If ACU decision is appealed to a court it may take months to put an end on this matter.

Therefore, there are a lot of obstacles as to MNP service launch in 2016, and it may easily take another year to implement this service in Ukraine.

Transparency of Ownership of Media Companies

At the end of 2015 new amendments to media laws came into effect. These amendments introduced the following changes:

— each media company shall disclose its ultimate beneficiary holding directly or indirectly of 10% or more in its share capital to the Television and Radio Broadcasting Council and publicly on their Internet sites;

— The Television and Radio Broadcasting Council shall control diligent disclosures and may penalize media companies for failing to do so with fines of up to 5% of their license fees;

— prohibition on Russian companies and individuals to establish and participate in Ukrainian media companies.

It is fair to note that the disclosure of beneficial owners of media companies to the respective media regulators and to the public is not required in most jurisdictions. In many countries the legal framework failed to ensure public access to information about the beneficial owners of media companies. In Ukraine the procedure for such disclosure should be further developed, particularly in terms of documents to be disclosed to the regulator for checking the accuracy of information and monitoring of subsequent changes.