From Panama to Kiev: Offshore Havens and Onshore Islands 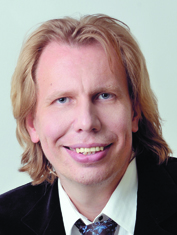 Law Offices of OMP is well known on the CIS legal market and as the most dynamic full service Law Firm on the Ukrainian legal market with particular industry focus in a pharm business, agriculture, construction and development. The firm’s practices also include the following fields: M&A, corporate law, taxation tax audit securities, dispute resolution — litigation and arbitration, etc.

The story with the Panamanian company once again demonstrated how useless efforts to “protect business through confidentiality” (they protect, in our opinion, not so much from the raiders, but rather from our own regulatory authorities) or the use of “smart nominees” really are. Several cases that we examined show the “poverty” of using, for example, a violoncellist as a billionaire, or to hope that “when a company is closed — no-one will find this out”.

From the beginning, let’s look aside the problem of presidents and discuss it from the point of view of business people — the taxpayers, who hand in hand followed the beaten track, creating fake companies.

Firstly, we would like to note that such kind of disclosure that at the time being happens sporadically at the initiative of journalists or in the course of criminal proceedings (referring to the Phoenix Capital case), will be continued on a systematic basis within the framework of international exchange of tax information, to which Ukraine is obliged to join.

Observing this trend, as well as the processes that take place in Ukraine (the disclosure of beneficial owners, foreign currency control) and in Europe (4th Directive), we have received additional confirmation that the only solutions in the medium perspective are:

— open and legal establishment of companies abroad, in compliance with the formalities of Ukrainian currency legislation;

— clear history of the origin of income / assets of a foreign company. If it is a loan, it should be borrowed due to market conditions;

— the transfer of assets, functions and risks (substance) to a foreign company, including employment / change of tax residence of shareholders, key management and personnel.

Each of these sub-tasks are important for legal tax planning purposes.

Accordingly, the legal product that service providers should offer to newcomer clients will be more expensive than yesterday, but it may be several times cheaper than the other expenses that accompany normal functioning of the business. In the first place — costs for hiring their own staff, and not for maintenance of someone else’s mailbox.

Ultimately this will lead to the fact that legal tax planning, based on the legal and economic (substance) component must be tested for the ability to immediately declare the establishment of a new business unit, its goals, team, ultimate beneficiary owners, and be prepared to correlate the profits it receives with the functions, assets and risks, which are delegated to the new structure.

Now, let us abstract ouselves from the business structuring and talk about our country in general.

The Overall Situation is Far from Optimistic

It seems that the government has gone rogue and squeezes money out of everywhere for funding future elections. Bribes for refunds from the budget, bribes for the restoration of electronic keys for registration of tax invoices — all this is happening in front of our eyes. We all know how such situations have ended in the past. Since voters are clearly watching this picture, a convincing victory in elections no longer works, then a new “different” government arises, imprisons the old one, and then this new one has to be overthrown at the expense of sacrifice of ordinary people. We are making the same mistakes within the political cycle of the latest decade (now we are at the stage of legal anarchy), and we do not like the fact that we cannot get out of this vicious circle. Apart from the above, for many years, there has been a more general trend, regardless of the political cycle phases, and if we talk about its evolution, it seems to be developing only for the worse. Briefly, we call it “a criminal state — criminal society.”

Let us talk about both sides of this model.

In the past, for example in times of feudalism, the Varangians, circling around the conquered villages and collecting the tributes, felt they were right, because the law was simple and largely reduced to the principle of “hardness of the hand” and “following the instructions of the suzerain”.

Accordingly, the top of the government did not burden itself with remorse. The picture of the world in their eyes, as well as in the eyes of most of their subordinates was quite harmonious and honest.

Little by little this idyll was destroyed. Simple performers of orders were hung in Nurnberg, and in Ukraine, meanwhile, even a tougher method was invented: to keep the authorities in starvation, in order that the ways out for them for a decent existence became either escape from the government, or official crimes. It is rather convenient: criminals are easier to control, because they quickly forget how to do something alternatively useful, and may always be threatened with imprisonment.

Moreover, the system works at all levels, from the lawmaker to the clerk in the State Fiscal Service. Somehow, the patrol police managed to escape from this system, they say by means of foreign grants.

Surprisingly, the idea of a mere salary increase is consistently rejected as far as the budget does not have enough money for this. Just think it over: the state is the lar- gest corporation in the country, it redistributes hundreds of billions of Hryvnias, but its “managers” cannot (and maybe do not want to) provide a decent market level of wages — a task with which even a small firm handles easily!

It was also brought to the fact that the honest performance of its duties is considered either bad manners, or the direct way to bankruptcy. It is a nightmare: in Western countries, it’s a shameful not to pay taxes, while Ukrainians, looking at the comments to the Panamanian case, are ashamed before their colleagues when the taxes are fully paid!

Importantly, both component parts of this macro-model intensify and stimulate each other. It is more convenient to the criminal official to deal with a criminal taxpayer both from a material point of view (it is possible to fulfill the plans on additional charges, fines or bribes), and a psychological point of view (we all have the same nature). It is also difficult for criminal taxpayers to deal without criminal officials: who then will not detect them, or will shield them in the courts?

In general, all of them feel comfortable. Against this background, there is an island that is trying to live honestly. Please do not be offended those here who were not mentioned, but this is a number of Ukrainian businessmen who observe the law in spite of everything; experts on foreign grants; foreign corporations that comply with their own laws, and even with Ukrainian ones; as well as business associations and other service providers that have signed on to civilized methods of struggle. This island, however, does not tend to increase, it even does not always manage to defend its members — looking at thrilling stories, where at one end of the economic chain our criminal taxpayers steal VAT, and at the opposite end tax officials oppress “bourgeois” enterprises as if they were the “beneficiaries” of stolen VAT.

Neither is the Criminal Society-State able to completely suppress this island. Firstly it depends on external creditors (from where the foreign corporations have come). Secondly, it should produce a myth about the exception to the rule (if anyone thinks we are through with stealing — we will show the taxpayers who honestly pay their taxes and claim honest justice).

What should be done to make the island bigger? We have some doubts that the evolutionary methods like the BEPS plan that our Western friends offer, will work in Ukraine on their own accord. The efficiency shall be approximately 20%. Why? Let us give an example with the mentioned above automatic exchange of tax information. In 2013, Ukraine committed to implement it by the end of 2015. It is already 2016, and there’s a tendency that other countries show no willingness to share tax information with us, and our officials are even glad — that means there’s nothing to find, unless journalists investigate.

In our opinion, the following steps are necessary.

1) Start from ourselves. The path of the righteous is simple and clear, but people prefer to walk winding roads. We do not give bribes or salaries in envelopes but pay all taxes, comply with other rules of  Ukrainian legislation, no matter how bad they may seem. From the “No smoking” plates at the offices right up to Microsoft licenses. Otherwise, we shall never begin to change wicked legislation — there will be no incentive.

Frequently used ideas with which we strongly disagree:

— “Let them adopt the Tax Code developed by Uzhanina, and then we will begin to pay taxes” is a self-deception. As a result, the code shall not be adopted, and we shall never start paying taxes;

— “If you have behaved improperly ones — it’s no use pretending you’re a goody” and so on. Nonsense, manipulation used by those who wish to leave everything as it is.

2) Public pressure. We have already mentioned the “no hurry” to implement exchange of information. The President of Ukraine starts speaking about it only after the Panama scandal. There are many other examples that give grounds for discretion. Now, as we are told, there is simply no authority that could verify the President’s dealing with offshore business. Accordingly, society must fight for the introduction of effective facilities of control over the state.

3) The reform of relations between government and society. The Tax Code by MP Uzhanina and other useful initiatives that enable the payment of all taxes honestly, and not to hide profits offshore, remove loopholes between the overall tax system, on the one hand, and foreign and domestic offshore, on the other hand (collective investment funds, agriculture, and so on.).

4) Reform of government itself. Officials should receive a bonus plus an extra payment for political risk, and they should have clear objectives, the implementation of which should be constantly evaluated. The State must give up a number of functions that it cannot properly fund and, therefore, cannot establish quality control for.