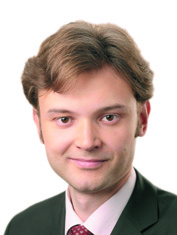 Founded in 1949, Baker & McKenzie advises many of the world’s most dynamic and successful business organizations through 5,600 fee earners, including 4,250 locally-qualified lawyers and 5,300 professional staff in 77 offices located in 47 countries. It ensures our presence in virtually every important financial and commercial center worldwide.
Baker & McKenzie was one of the first international law firms to open an office in Ukraine in 1992. Every year the Kiev office confirms its top positions in the leading international and national legal directories, namely Chambers Global, Chambers Europe, Legal500, IFLR1000, World Trademark Review 1000, International Tax Review, Ukrainian Law Firms, Ukrainian Legal Awards, etc.
The Kiev office offers a full range of legal services and business solutions. The professional staff of the office presently consists of about 50 attorneys, including 10 partners. In close cooperation with our offices around the world, the Kiev office can help clients with all aspects of their business activities in Ukraine, including:
— Antitrust & Competition
— Banking & Finance
— Corporate, including Mergers & Acquisitions and Securities
— Compliance
— Dispute Resolution
— Employment
— Energy, Mining and Infrastructure
— Healthcare
— Intellectual Property
— IT and Communications
— Private Equity and Venture Capital
— Real Estate and Construction
— Trade & Commerce
— Tax and Customs
— Wealth Management

The global financial crisis which reached Ukraine in late 2008 still affects the Ukrainian banking sector. In these circumstances the reliability of security provided by a Ukrainian bank (the Bank) is crucial for a foreign creditor of the Bank. This article discusses to what extent Ukrainian insolvency proceedings commenced in relation to the Bank affect the enforceability of the English law governed security provided by the Bank in favor of the non-resident creditor with a particular focus on security provided to the operator (the Operator) of the international payment system (the IPS).

In particular, this article focuses on what extent Ukrainian insolvency proceedings affect the application of cash collateral (the Charge) provided by the Bank in favour of the Operator  of the IPS to secure its obligations towards the Operator and other IPS participants. The Charge is often provided in the form of the fixed charge governed by English law over the funds deposited on the Operator’s bank account which is held by the bank often located in England.

The rules of the IPS often envisage that the Operator may terminate the Bank’s license (the License) if the Bank becomes subject to insolvency proceedings. In such circumstances the Operator may need to enforce the Charge to redeem the outstanding indebtedness of the Bank owed to the Operator or other IPS members. However, in practice the Operator faces difficulties in Ukraine upon such enforcement due to formal requirements of Ukrainian legislation applicable to an insolvent bank. Besides, the representative of the Deposit Guarantee Fund, appointed by the Deposit Guarantee Fund, to manage withdrawal of the Bank from the market, sometimes takes the position that the funds, which are subject to the Charge, must be returned to the Bank upon the commencement of the temporary administration regardless of the Operator’s rights under English law. Sometimes, the Operator also faces public pressure in case of such enforcement.

To What Extent do Insolvency Proceedings in Ukraine Affect Enforcement of the Charge by the Operator?

Under English law there are three ways in which the security can be affected by insolvency proceedings (such as liquidation or administration): (i) it may be invalidated, (ii) its enforcement may be prevented or (iii) these proceedings may give priority to other creditors over the assets which are the subject of the floating charge. Things become more complicated when a debtor, such as the Bank, is located outside of England and it becomes subject to insolvency proceedings in accordance with the laws of the respective foreign jurisdiction, such as Ukraine.

Following the commencement of the financial crisis, the English Banking Act of 2009 (the Banking Act) was adopted.  In particular, the Banking Act introduced the special resolution regime (SRR) for English banks which face liquidity problems. Essentially, SRR consists of three stabilisation options and two insolvency measures, i.e., “bank insolvency” and “bank administration” which are largely based on the insolvency and administration procedures of the Insolvency Act of 1986.

Neither the “bank insolvency” nor the “bank administration” proceedings under the Banking Act seem to affect the enforceability of the Charge. On the contrary, the Banking Act refers to the authority of HM Treasury to pass regulations providing for enforcement of financial collateral arrangements despite winding-up of a bank.

Under Ukrainian conflict of laws rules, enforcement of the Charge is carried out in accordance with English law, which applies to the Charge. However, there is a view that if the Bank becomes subject to Ukrainian insolvency proceedings, the Operator is arguably required to comply with certain Ukrainian law formalities, which apply when the Bank becomes insolvent. In particular, when the Bank is put into “temporary administration”, the Operator’s enforcement rights may be viewed as curtailed, i.e., subject to limited exceptions, the moratorium is imposed on the enforcement of security.  In addition, a representative of the Deposit Guarantee Fund is entitled to declare the contractual arrangements of the Bank, including the Charge, invalid, provided they meet certain criteria. At the same time, it may be argued that the funds subject to the Charge do not belong to the Bank because these were deposited to the Operator’s account and, therefore, are not subject to Ukrainian insolvency law formalities, which apply to the insolvent Bank.

From the English law perspective there are two main applicable conflicts of legal principles which essentially create the conflict:

(i)the proprietary effect of the Charge is a matter for English law, because this is the law which governs this security instrument; but

(ii)the insolvency proceedings applicable to the Bank are conducted in accordance with Ukrainian law, which affects the rights of the Operator.

From the English law perspective it is important to note that the Bank is set up outside of the EU and usually does not have any branches in the EU, therefore neither the EU Directive on the reorganisation and winding of a credit institution 2001/24/EC (the Bank Insolvency Directive) nor the EU Directive establishing a framework for the recovery and resolution of credit institutions and investment firms 2014/59/EU (the Bank Resolution Directive) apply to resolving this conflict. Hence, the position is unclear. If the matter were to be resolved by an English court, it would apply general principles. However, it appears that there is no clear English law authority that establishes which principle should take priority. In this case an English court may apply the Bank Insolvency Directive and the Bank Resolution Directive by analogy to resolve the matter.

Under the Bank Insolvency Directive, insolvency proceedings in relation to a bank in its home jurisdiction do not seem to affect the right of the creditor to enforce the security, where the relevant asset is situated in a Member State other than the home state of the bank. Moreover, under the Bank Resolution Directive the resolution authority shall not restrict the ability of the secured creditor of a bank subject to resolution to enforce any security interest of systems or operators of systems designated for the purposes of Directive on the finality of settlement in payment and securities settlement systems 98/26/EC, over assets pledged or provided by way of collateral by the institution under resolution. Given that the Operator may be viewed as such operator under the above directive, the Bank Resolution Directive provides express protection for the enforcement of the Charge established in its favour. On this basis, an English court may not give effect to a moratorium imposed in Ukraine or to the authority of the representative of the Deposit Guarantee Fund, because the relevant assets, i.e., the Bank’s funds subject to the Charge, are located in England and because EU legislation seems to provide express protection for such collateral arrangement. If the matter were to be resolved by a Ukrainian court, e.g., if the representative of the Deposit Guarantee Fund files a claim with a Ukrainian court to repatriate the funds which were subject to the Charge, it is likely that the Ukrainian court may take the side of the representative of the Deposit Guarantee Fund.

Where security is in England and there are foreign insolvency proceedings, there is little English case law on the ability of the Operator to enforce the Charge without needing recourse for such proceedings. Given that the Bank is incorporated outside of the EU, the Operator may not rely on the protections offered under applicable EU directives. Therefore, the position is unclear. It may be argued, however, that EU directives should apply by analogy to fill the vacuum.

To that end it appears that the enforcement of cross-border security is subject to a number of legal risks. Nevertheless, the Association Agreement between the European Union and its Member States and Ukraine provides for implementation of the Bank Insolvency Directive.  Therefore, the implementing law may address this matter as well. Otherwise, such conflicts will continue to evolve and the attractiveness of such type of security may be further affected.