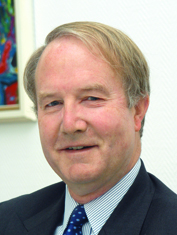 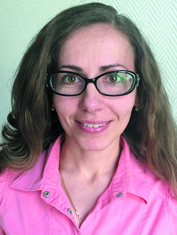 On 1 January 2016, Act No. 909-VIII of 24 December 2015, On Introducing Changes to the Tax Code of Ukraine and Some Other Legislative Acts of Ukraine to Ensure the Balance of Budgetary Contributions in the Year 2016 (hereinafter — the Budgetary Contributions Act) came into force, which, among the other things, greatly reduced the applicable natural gas production rental fee (“royalty”) rates from the uneconomically high levels that they had been raised to during the previous year.

In particular, for the extraction from deposits that lie entirely or partly at depth of up to 5,000 meters, the royalty rate has been decreased from 55 to 29%1 and for deposits that lie entirely at a depth of more than 5,000 meters the rate was lowered 28 to 14%. The Budgetary Contributions Act has also cancelled the requirement to make rental fee payments in advance and has changed the basic tax reporting period for subsoil use fees from quarterly to monthly. There is also a two-year royalty tax relief period for new wells.

Reducing the royalty rates for natural gas production in the Budgetary Contributions Act has reversed the increase in fees made in August 2014 that previously caused a fall in domestic gas production and made investors rethink investing in Ukraine. This increase also effectively obliged an important oil and gas company to initiate a major arbitration in the Permanent Court of Arbitration in The Hague under the Energy Charter Treaty to contest the higher rates. Presumably, the world decrease in oil prices, a desire to reduce Ukraine’s dependence on Russian gas and closer ties with the EU, as shown by Ukrainian legislation adopted to reflect the EU’s Third Energy Package, influenced Ukraine’s decision to reduce the royalty to make it more commercially acceptable.

In order to attract investment, Ukrainian policy needs to consistently reflect international standards and be better implemented in practice.

Another issue, which should be of interest to many investors, is the recently conducted reform of the “green” tariffs, which encourages investment in renewable energy projects in Ukraine.

On 16 July 2015, Act No. 514-VIII, of 4 June 2015, On Introducing Changes to Certain Laws of Ukraine on Ensuring Competitive Conditions for the Production of Electric Energy from Alternative Energy Sources, came into force. This Act’s changes included the following:

(2) The green tariff will be protected against further devaluation of the Ukrainian currency by fixing the minimal amount of the “green” tariff in euro, with quarterly indexation until 2030.

(4) On the other hand, 100%. of the costs of the connection to the grid for power sources producing energy from such alternative energy will now have to be financed by the investor.

These generally favorable changes in Ukrainian legislation for alternative energy can be attributable primarily to the desire to decrease Ukraine’s dependency on foreign gas and become energy self-sufficient. In addition, Ukraine is following the European trend to develop “green” and clean energy. Finally, many are looking for alternatives not based on nuclear power in view of the Chornobyl nuclear disaster in 1986 in Ukraine.

Increase in Tariffs for the General Population

This measure has been explained by the National Commission as being necessary in order to balance the energy market, because it has been functioning on the basis of “cross-subsidies”, whereby commercial electricity customers (both entities and private entrepreneurs) were paying up to 26% more in order to cover the short fall between the low fixed energy prices for the general population and the higher real market cost that had to be paid by the state.2 At the same time, Section 2 of Chapter XII of the Parliamentary Parties’ Coalition Agreement foresaw the creation of market prices for electricity, and the gradual elimination of cross-subsidies by making prices more even for all, while introducing narrowly-tailored subsidies to the most vulnerable groups in the population to enable them to be able to afford the higher prices.3

The National Commission also increased the tariffs for gas for the general population, justifying this as being required by Ukraine’s agreement with the IMF.

There have been two sets of measures adopted by the Ukrainian government to address the complicated internal situation in Ukraine connected with antiterrorist operations in the east of the country and the occupation of Crimea, as follows:

(b) Temporary Extraordinary Measures Related to the Situation in Crimea

On 21 December 2015, the Ministry of Energy and the Coal Industry of Ukraine issued Order 828, On Adoption of Temporary Extraordinary Measures in the Electricity Market”, on the plan for the implementation of measures to reduce power consumption in order to normalize the energy supply, which has been interrupted due to the energy blockade of occupied Crimea.

1 Percentage of value of extracted minerals per 1,000 m3.