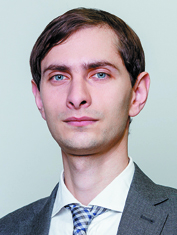 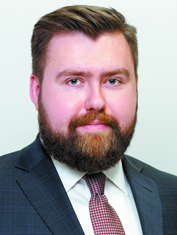 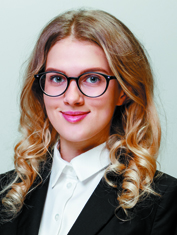 Avellum is a leading Ukrainian full service law firm with a special focus on finance, M&A, and dispute resolution.

Avellum’s goal is to be the firm of choice for its clients with respect to their most significant business transactions. Its team is responsible, commercially-minded, solution-orientated and cost-effective. The firm brings the most advanced Western legal techniques and practice, which, coupled with first-hand knowledge, broad industry experience, and unparalleled level of service, will help clients achieve the best results in their business endeavours. Avellum’s lawyers work seamlessly in integrated teams with premier US, UK and European law firms in the course of multijurisdictional transactions. The firm offers its clients highly individualised focus on their matters, and is relentless when it comes to observing deadlines.

The firm’s employees received their education from top Ukrainian and Western universities. The team consists of 27 highly qualified attorneys, including three partners — Mykola Stetsenko, Glib Bondar, and Dmytro Marchukov, who are actively involved in every transaction.

Avellum is recognised as one of the leading law firms in Ukraine by various international legal directories and Ukrainian legal editions such as Chambers & Partners, IFLR1000, Legal500, International Tax Review, Ukrainian Law Firms, and others.

In the past few years Ukrainian clients have developed an appetite for solving their disputes abroad. Litigation and arbitration sagas involving Ukrainian parties or related to Ukrainian assets often spread across many jurisdictions. In many such sagas various interim reliefs were granted by courts and tribunals.

It is well known that interim reliefs are of great importance to maintain the status quo, prevent bad faith parties from dissipation of assets, etc. Very often, however, respondents, their owners or directors, or the ultimate assets that are the subjects of such legal battles, are located in Ukraine. In order for interim orders to be effective in Ukraine they need to be recognized and enforced here.

This is especially important taking into account that to date Ukrainian procedural law does not provide Ukrainian courts with the powers to grant interim measures in support of foreign judicial or arbitral proceedings. Thus, recognizing foreign interim orders in Ukraine is, in fact, the only mechanism to obtain effective interim relief in Ukrainian jurisdiction in support of foreign proceedings. For this reason, it is not surprising that Ukrainian courts have seen more applications recently for recognition of freezing orders issued by foreign courts and interim reliefs granted by arbitral tribunals.

Taking into account the lack of relevant experience of Ukrainian courts, enforcement of foreign judgments and awards has never been a piece of cake in Ukraine. Where recognition and enforcement of interim reliefs are concerned, specific knowledge of potential pitfalls becomes even more important.

Ukrainian courts will recognize and enforce a foreign judgment (i) provided that there is an effective international treaty on recognition and enforcement of judgements between Ukraine and the state where the judgment was rendered; or (ii) on foot of reciprocity.

Unfortunately, Ukraine has not concluded international treaties on mutual recognition of judgments with the majority of jurisdictions where Ukrainian businesses get used to resolving their disputes (UK, US, most off-shore jurisdictions, etc.). Just several years ago an idea to have judgments originating from such jurisdictions recognized and enforced in Ukraine based on the principle of reciprocity sounded courageous, to say the least.

First, there has been controversy on how reciprocity should be determined. Some courts took an extremely conservative approach — widely criticized by practitioners — that no reciprocity exists if at least once recognition and enforcement of the Ukrainian judgment in that state was rejected. However, the practice has, to some extent, developed over recent years. The latest jurisprudence seems to confirm that in order to prove reciprocity between Ukraine and the other state, one only need to show that Ukrainian judgments may be recognized in that state. In particular, in several cases the courts found that reciprocity between Ukraine and the UK does exist.

Ukrainian law does not provide for specific rules for recognition and enforcement of interim measures. For example, injunctions or freezing orders, granted by foreign courts. However, the Civil Procedure Code of Ukraine defines a foreign judgement broadly and judicial interim orders fall within the plain text of such definition.

Court practice also confirms that interim orders issued by foreign courts may be recognized in Ukraine, at least as a matter of principle. In particular, on 5 August 2013, the Holosiivskyi District Court of Kyiv recognized the worldwide freezing order issued by the High Court of Justice in London the BTA Bank v. Abliazov et al. In another recent case, theKyiv-Svyatoshynskyi District Court of Kyiv Region in its decision of 25 March 2015 (upheld by the Kyiv Region Appellate Court on 30 June 2015) also implicitly confirmed the enforceability of freezing orders issued by foreign courts.

However, if the court finds that reciprocity exists, and confirms that the interim order of a foreign court can be recognized in Ukraine as a matter of principle, it can still refuse to enforce it based on a number of grounds set out by law. One such ground, which is particularly important for interim orders, is lack of proper notification. This means that orders issued ex parte are hardly enforceable in Ukraine. Furthermore, even if the debtor was aware of the proceedings at the foreign court, failure to comply with all formalities and mandatory procedures may impede recognition of the order in Ukraine.

In this context, it is worth noting that under Ukrainian procedural law, the burden is on the applicant to provide evidence and to prove that the process was properly served on the parties who did not participate in the proceedings.

A vivid example of how strict the approach of Ukrainian courts is can be found in the VAB Bank v. Maksimov et al. Both Kyiv-Svyatoshynskyi District Court of Kyiv Region and the Appellate Court of Kyiv Region refused to recognize the English court order based on alleged lack of evidence that the respondents were properly notified of the proceedings at the High Court of Justice.

The courts found that in the absence of an agreement on legal assistance between Ukraine and the United Kingdom, which would stipulate the procedure of notification of the parties to a dispute, the English court should have relied on the provisions of the Hague Convention on the Service Abroad of Judicial and Extrajudicial Documents in Civil or Commercial Matters of 1965. Thus, in the courts’ opinion, only a letter of request, instruction of the Ministry of Justice of Ukraine and postal notification of the relevant person could be proper evidence of the process being served on such a person.

As described above, proper notification may be a cornerstone for the application to enforce a foreign interim order in Ukraine. For this reason a party seeking interim relief against its debtor should ensure his proper notification in compliance with the provisions of valid international treaties, irrespective of how burdensome they may be.

Foreign arbitral awards are recognized and enforced by Ukrainian courts under the Convention on the Recognition and Enforcement of Foreign Arbitral Awards of 1958 (the New York Convention).

The New York Convention is silent on whether interim reliefs granted by arbitral tribunals or decisions of emergency arbitrators fall within the scope of the Convention. Neither does Ukrainian law shed more light on the issue.

In 2015 a Ukrainian court, for the first time ever, considered an application for recognition and enforcement of the decision of an emergency arbitrator rendered under the Rules of the Arbitration Institute of the Stockholm Chamber of Commerce (JKX Oil et al. v. Ukraine).

On 8 June 2015 the Pecherskyi District Court of Kyiv upheld the application for recognition and enforcement of the decision. However, on 17 September 2015 the Kyiv City Appellate Court reversed the order of the Pecherskyi District Court of Kyiv based on public policy considerations. The High Specialized Court on Civil and Criminal matters declared the decision of the Kyiv City Appellate Court as not-substantiated and remitted the case back to the appellate court.

Although there is no final decision in the case yet, it is encouraging that all the court instances acted on the assumption that emergency decisions fall within the scope of the New York Convention. The courts implicitly confirmed the enforceability of emergency arbitrators’ awards in Ukraine as a matter of principle.

The issue of proper notification within the arbitration proceedings is less complicated than that within foreign court proceedings. The party seeking enforcement does not bear the burden of proof as to due notification of the debtor. Instead, the Supreme Court of Ukraine confirmed, in its order of 23 April 2014, that under the New York Convention it is the party opposing enforcement, not the applicant, who should raise this defense and provide the necessary evidence.

By way of conclusion, Ukrainian court practice related to enforcement of foreign interim reliefs has developed in the past few years. Recent jurisprudence confirms the enforceability of judicial interim orders as well as interim measures issued by arbitral tribunals. However, Ukrainian courts still remain formalistic on many issues, and the parties (as well as their legal advisors) should be mindful of such pitfalls.