Protecting Property Rights in Ukraine: New Challenges to Deal With 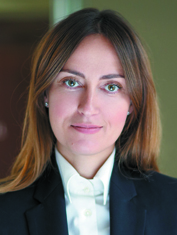 Vasil Kisil & Partners is a leading independent multi-disciplinary Ukrainian law firm with thriving international and national practices. We work as a trusted adviser on high-profile local and international matters and cater to large domestic and global corporate clients, including many Fortune 500 companies.

In Ukraine, the Vasil Kisil & Partners brand is synonymous with great depth and breadth of legal expertise and experience, which has created superior value for our clients since 1992.

There is no doubt that the issue of ownership right is not only an essential attribute of a rule-of-law state, but also one of the key indicators of a country’s investment attractiveness, the predictability of business and investment protection. In the absence of a transparent system of title registration, relevant guarantees, protection mechanisms, an independent judiciary system and an effective system of enforcing court decisions, we cannot even begin to talk about any sort of qualitative or competitive business development.

Guarantees for the Steadiness of Ownership Rights

The Constitution of Ukraine, whose provisions have direct effect and other regulations as a whole guarantee the inviolability of ownership rights. Ukraine recognizes the equality of all forms of ownership and all owners before the law.

The law governing relations in this sphere is characterized by some restrained dynamics.  Proposals to strengthen the guarantees of the rights of owners and to improve the mechanisms for protecting ownership rights in Ukraine are regularly submitted for consideration. One of the most iconic legislative changes over the last few years has been the reform of the registration system of real property rights. Starting on 1 January 2013, Ukraine introduced a new title registration system, which is generally consistent with European tradition. All of the rights and encumbrances on land, together with the rights to buildings located on it, are recorded in one register. Last year, Ukraine also opened the register allowing everyone to learn about property rights to real estate. Moreover, a Draft is now being considered which, if passed by Parliament, will make all data included in the public registers with regard to real estate, vehicles and land plots available in accordance with search criteria associated not only with property, but also with a person.

According to Ukrainian law, no-one can be unlawfully deprived of the right to ownership or restricted in the exercise of such right.

However, Ukrainian law as much as the law of any other European country, allows individuals to be deprived of their ownership, but only in cases and in the manner prescribed by the law. In particular, this refers to: (1) termination of the right to property, which by law cannot belong to the person concerned; (2) buy-out of cultural heritage in order to prevent its damage or destruction; (3) buy-out of land and property located on it, for public needs; (4) expropriation of land and property located on it for reasons of public necessity; (5) foreclosure on the property to fulfill the owner’s obligations; (6) seizure of the property in the public interest in the event of extraordinary circumstances, including natural disasters, accidents, epidemics, epizootics, etc.; (7) confiscation as a sanction for any offense committed.

Practical application of the above tools has its own specifics in Ukraine and is often associated with certain difficulties, both legal and technical. Below we consider only some of them.

Forced expropriation can only be implemented by a court and, except for confiscation, with full compensation to the owner for the value of the expropriated property. In some cases, such as buy-out of land and real property located on it, for public purposes, an option of compensation in non-monetary form is allowed, by providing the owner with another piece of property. In the first case, inevitable difficulties are associated with determining the amount of compensation. In the second case, there are significant problems with defining an equivalent property item to be provided to the owner of the expropriated one. Where the buy-out price is determined by the authority that would carry out the buy-out or by the court that would decide on the expropriation, there is enough room for abuse in the absence of statutory criteria for determining the price in each case and the equivalence of expropriated property which would properly observe the market value of the assets.

Also, the lack of specifics in defining the circumstances that determine public needs and public necessity often also contributes to abuse.

Moreover, it is often forgotten that expropriation should only take place when the use of the property without termination of ownership is not possible. At the same time, the law does not provide for liability in case of future use of the property expropriated for public needs or for reasons of public necessity for other purposes, which undoubtedly increases the risk of raids by both the state and by individuals using state authority as a tool to further establish control over other people’s property.

We should also pay closer attention to legally undefined requisition and, moreover, nationalization. There is no legislative act governing the procedure for nationalization in the interests of public order, which in connection with the situation in Crimea and in Eastern Ukraine is a hot topic for Ukraine. Although there is much talk and even legislative initiatives associated with the nationalization of property, for reasons of public necessity, which belongs to the Russian Federation as the country carrying out military aggression against Ukraine, it would still be hardly implemented considering the currently effective prohibition on the nationalization of foreign investments and the guarantees provided by international treaties, to which Ukraine is party. Obviously, this issue has no simple solution and requires many legal, political and organizational things to be carried out, unless Ukraine wants to have the reputation of a state that violates local and international law like the Russian Federation does in it of the nationalization performed by them with regard to the Crimean-based enterprises belonging to Ukraine and Ukrainian businessmen.

On 28 February 2016 a completely new legal instrument was introduced into the Ukrainian legal framework. It refers to so-called “special confiscation”. Without going deeply into legal peculiarities, this basically means that any property of any person, even of someone who is not involved in a criminal investigation, can be confiscated in accordance with a court decision, if it is proved that such property has been acquired from a criminal suspect, criminal defendant or any other party, and such person has or should have known that the acquired property has a relation to an intentional crime. Until the respective court decision is issued, the seizure can be applied by the law-enforcement authorities if there is any vague apprehension that the mentioned property could be subject to such special confiscation.

It is too early to comment on how this mechanism actually works, as it has not been applied in practice so far. However, there are serious concerns as to whether this instrument would not lead to violation of the property rights of bona fide owners.

In addition to the above grounds for forced termination of ownership rights, we should also mention cases of de facto expropriation. Instruments used in such cases are not included in the list of grounds for deprivation of ownership right, despite the fact that they generally meet the formal requirements of the laws of Ukraine. So-called re-privatization and judicial processes are the two most evident forced expropriation instruments.

Thus, Ukraine is still undergoing the process of privatization of state property. After each parliamentary or presidential election the law-enforcement agencies, and sometimes directly privatization authorities, immediately initiate a multitude of litigation cases in order to invalidate certain previously conducted privatizations due to the lack of compliance with a privatization plan, violation of any investment obligations, violation of the privatization tender and its result, etc. The lack of legal regulation of the privatization itself, competition, inconsistency in laws, legal uncertainty of the re-privatization process and lack of legislative guarantees of investors’ rights, as well as a selective approach to the use of property that becomes the target of re-privatization, practical problems of restitution and compensation for previously made investments, and the lack of accountability of civil servants rela- ted to illegal privatizations are all factors that negatively affect the position of investors and negate the basic guarantees provided by  ownership rights.

Also, cases of expropriation using judicial tools and mechanisms are frequent. Property owners often face those problems inherent in the Ukrainian judicial system as a whole, like bias, lack of transparency, inadequate procedural rules, the duration of court disputes, etc. Sometimes the courts are used in a chain of illegal schemes aimed at denying or depriving someone of the right of ownership. In the last decade, there were a significant number of claims for deprivation of ownership rights by invalidating title documents or cancelling the state registration of rights on frivolous or purely formal grounds. In addition, inadequate procedural law often contributes to problems with the definition of jurisdiction in disputes involving ownership, which unduly restricts owners from pursuing the timely and effective opportunities to protect their ownership rights.

We should admit that, despite some positive reforms, the instruments in place to guarantee and protect ownership rights in Ukraine are still far from perfect. Ukraine faces a number of acute practical challenges associated with the implementation of ownership rights and their protection, which cause the need for serious legislative work. In general, this situation is typical for a developing country but resolving it is undoubtedly crucial to achieving qualitative transformation in Ukrainian society. Immediate action is required in order to establish effective and transparent mechanisms for the protection of ownership rights and equality before the law of all owners. We need to reform the judicial system and the executive (bailiff) services. Privacy and protection of property should be in deed and not in name as one of the main functions of the Ukrainian state, as protecting economic relations as the foundation of any social system is the most important task of any legal system and a prerequisite for increasing the attractiveness of Ukraine for foreign investors.