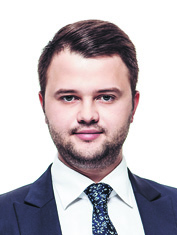 Partner, TCM Group Ukraine. Denys Kopii is named among the best lawyers in the practice of International Commercial Arbitration and Mediation according to results of the Ukrainian Legal Ranking made by «Legal Newspaper» that were published in Kyiv Post Legal Quarterly in 2015. He practices in such fields of law, as international commercial debt collection, restructuring and mediation, litigation and arbitration, recognition and enforcement of foreign judgments and arbitral awards, bankruptcy 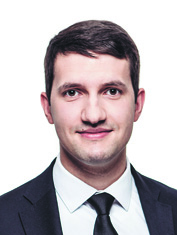 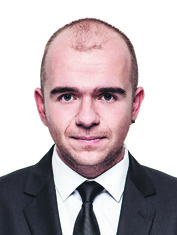 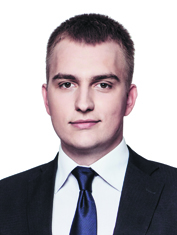 It is an established fact that court proceedings tend to be excessively lengthy and expensive. On the other hand, amicable dispute resolution through negotiations and mediation has proven to be quicker and significantly cheaper. Moreover, years of practice in many jurisdictions have shown that the probability of actual payment is higher for alternative dispute resolution compared to traditional litigation. The main reason for such success is that parties are usually more willing to comply with a mutually agreed solution than with a court judgement imposed on a losing party.

Resolution of commercial disputes and recovery of debts is a very specific area of law, requiring developed communication skills, deep knowledge of applicable legislation, asset tracing skills and other relevant qualifications. Companies do not usually possess the expertise required to perform these tasks on their own in a cost-efficient manner. Therefore, a separate service sector of professional debt collection has evolved in order to assist businesses with restructuring of outstanding debts.

Notably, debt collection, involving a foreign element, requires additional skills from law experts in comparison to collection of debts within a single jurisdiction. Often, different applicable laws should be taken into account in parallel with relevant international legislative acts. Moreover, cultural differences in various countries play an important role. Finally, experts should have a working knowledge of languages spoken by clients and debtors. All of that sets a very high threshold for lawyers to be regarded as international experts in this field. Perhaps the most efficient way to reach debtors in the  majority of countries is to form a network of agencies in each jurisdiction, with qualified lawyers representing clients in accordance with national legislation.

Unfortunately, not every debt collection agency conducts its professional services in a lawful way. In jurisdictions with relatively weak abidance to legal rules, such agencies often exploit the weaknesses of their systems, threatening or even harming debtors. So-called mild abusive techniques include repetitive calls, especially at night; use of automatic messaging systems, overloading debtors’ email boxes and phones with numerous requests to pay debt; reaching third parties, such as employers, neighbors, etc.The more distressful practices, often identified as crimes, include threats of bodily harm or death, robberies, thefts of vehicles and other prohibited activities. The mentioned actions, conducted by criminals, presenting themselves as authorized collection agents, create an extremely negative impression of society in relation to all professionals working in the debt restructuring sector.

In order to restrict any unlawful practices in this field, governments have invoked numerous legislative acts regulating debt collection at national and international levels.

The following acts were issued in the European Union: the European Enforcement Order (EEO); the European Order for Payment (EOP); the European Small Claims Procedure (ESCP); the Unfair Commercial Practices (UCP). These acts establish a uniform legal framework among all EU Members with respect to regulation of amicable dispute resolution and treatment of abusive practices, applied by certain actors.

At national level many states have invoked laws and regulations dealing with this issue in greater detail. For instance, in the United Kingdom, all collection agencies must comply with requirements set out by the Office of Fair Trading (OFT). Despite being not a law as such, the OFT requirements have de facto mandatory power in England over collection agencies.

As of today, no specific legislation regulating the activities of collection agencies in Ukraine exists. Notably, several draft laws were submitted to the Ukrainian Parliament to restrict abusive practices of collectors applied against natural persons. However, actions of collection agencies, involved in corporate debt restructuring are currently regulated by general norms of civil procedure.

In addition to legislative acts, certain collection companies or groups of companies have developed codes of ethics providing useful guidance and best practices to collection agencies in Ukraine. These codes establish general rules of debt restructuring to be complied with, such as limited hours for making calls; limited number of calls per debtor; provision of sufficient details to a debtor regarding the nature of a claim; position of a client and expected outcome; rules for visiting debtor’s premises; maintenance of confidentiality regarding the outstanding debt vis-à-vis third parties, etc.While having no binding nature as such, codes of ethics essentially perform the function of legislation and are generally applied by big collection agencies.

According to Ukrainian legislation, collection agencies can be regarded as representatives or agents of a local or foreign company, assisting this company with recovery of an outstanding debt through lawful means. Such means usually include negotiations with a debtor with respect to full or partial re-payment of a debt, mediation services, aimed at reaching a mutually acceptable solution for both the client and the debtor, and representation of the client in litigation or arbitration proceedings when no compromise was reached between the parties.

In order to obtain the status of authorized representatives, legal experts require clients to provide duly signed and stamped powers of attorney that authorize agencies to perform variety of legal actions on behalf of clients. In contrast to some other states, Ukrainian authorities require official documents, including powers of attorney to be stamped. Non-fulfillment of this formal condition can be a valid cause, for example, for courts to refuse a claim, submitted by an agent on behalf of a client.

As practice shows, the majority of claims are settled during the pre-arbitration or pre-litigation stages. Often, payment schedules are designed, in order to allow debtors to fulfill their contractual obligations without significant financial burdens for their businesses. Both clients and debtors understand that amicable dispute resolution allows them to avoid significant arbitration-related and litigation-related fees and counsel expenses.

For instance, a company from Ukraine purchased a large quantity of goods from a Chinese supplier. After the delivery was made, the Ukrainian buyer discovered that the quality of the goods was unsatisfactory. The Chinese seller eventually refused to substitute the goods or to return the money. The buyer referred the dispute to TCM Group Ukraine for amicable debt collection. As a result of complex negotiations with the debtor conducted by dispute settlement lawyers, the Chinese company acknowledged the debt and provided the Ukrainian counterparty with a guarantee letter. Subsequently, the debt was paid in full and the parties have restored their business relationship.

By way of conclusion, amicable dispute resolution has several key advantages when compared to litigation in state courts. This procedure is, on average, much cheaper, takes less time and allows the parties to the dispute to restore their interrupted business cooperation. While this type of dispute resolution becomes more and more popular in Ukraine, no detailed regulation has so far been developed at national level. This lack of mandatory rules opens the door to abuses by dishonest practitioners, which in turn damages the reputation of law-abiding agencies. The government is, therefore, called to introduce relevant reforms that would prevent any abusive practices.