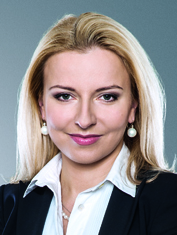 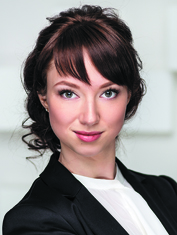 CLACIS is a leading competition law advisory, which focuses on matters concerning competition law in Ukraine, Russia and Kazakhstan.  The services include all aspects of competition law such as investigations, audits, infringement cases, leniency, merger control approvals, competition law legal due diligence, antitrust litigation, distribution and contract related antitrust issues, public procurement, as well as compliance issues. The team of professionals of recognized competence together with the regional coverage makes CLACIS a unique law firm.

Well-known as a “one-stop-shop”, CLACIS offers its clients high-quality advice on competition law matters in a number of jurisdictions with international capacity through relationships with independent law firms. We regularly advise international companies on the regional level (such as MasterCard, The Timken Company, Interbrew and others) on competition law issues, arising in the region.

Such multi-jurisdictional expertise in antitrust matters within the region is unique on the market.

Antonina Yaholnyk, founding partner and CLACIS have been highly recognized by such international and local legal directories such as Chambers Europe, Legal 500, Best Lawyers and ULF.

Being one of the leading individuals in the field of antitrust & competition, Antonina Yaholnyk has almost 20 years of legal practice of which over 10 years of experience handling antitrust and compliance matters. She also headed Baker & McKenzie’s Competition & Compliance Law Practice Groups. Antonina Yaholnyk holds LL.M. degree from the University of Cambridge (UK), Master’s degree International Law and Economics from the World Trade Institute (Switzerland).

Mrs Yaholnyk chaired the European Business Association’s Competition Committee in 2011-2012. She is a member of Noncommercial Partnership “Supporting Competition in the CIS Countries”. Mrs. Yaholnyk was elected as a Member of Council of Competition Law Committee at the Ukrainian Bar Association in 2016.

Our lawyers — a team of dedicated professionals in antitrust and antitrust litigation — are graduates of leading local and foreign universities with professional experience in international law firms in Ukraine, Russia and Kazakhstan, such as Baker & McKenzie, Deloitte and others.

The last year has shown a great deal of changes in the competition law of Ukraine. The article will analyze some of such changes as well as touch upon other areas, which require reform.

One of the first steps taken was the adoption of the On Amendments to the Acts of Ukraine On Ensuring the Transparent Activity of the Antimonopoly Committee of Ukraine  of  12 November  (hereinafter — the On Transparency Act), introducing a number of amendments to the key laws governing antimonopoly issues in Ukraine. The main purpose of this On Transparency Act is to ensure legal certainty and predictability of decisions of the AMCU, as well as to promote anti-corruption efforts. According to the On Transparency Act, from 3 March the AMCU is under an obligation to publish non-confidential versions of its decisions during 10 days since the adoption of the decision.

The other novelties relate to determining confidential data in filings. According to the latest changes to the  On Antimonopoly Committee of Ukraine Act  introduced by the On Transparency Act, the notifying parties shall clearly mark confidential data in submissions. If data is not clearly marked as confidential it is presumed that it may be subject to disclosure. In order to safeguard protection of confidential data it is worth clearly marking such data and substantiate to the authority why disclosure of such data may negatively impact client’s interest.  The On Transparency  Act also provides for the duty of the AMCU to hold consultations with the notifying parties in order to discuss reasons for using  the information as confidential and the possibility of disclosure of such information or to provide non-confidential versions of the documents. This reform is aimed at ensuring transparency and sustainability of approaches of the antitrust authority to interpretation of competition law, especially in the part of such challenging issues as market definitions and market shares. The changes envisaged by the new Act are certainly very important as it provides greater transparency of decisions taken by the authority.

According to the Act, a merger control requirement arises in cases where parties to a respective transaction (even foreign-to-foreign) meet the following thresholds:

— the aggregate asset value or the aggregate sales volume of the participating undertakings (including their related by control entities/persons and calculated on worldwide basis) exceed the Hryvnya equivalent of EUR 30 million, and

— the aggregate assets value or the aggregate sales volume on the territory of Ukraine exceed the Hryvnya equivalent of EUR 4 million for each of at least two participants to a concentration (including their related by control entities/persons);

— the aggregate asset value or the aggregate sales volume of the target or at least one founder of a joint venture (including its related by control entities/persons) on the territory of Ukraine exceeds the Hryvnya equivalent of EUR 8 million, and

— the aggregate sales volume of at least one other participant to a concentration (including its related by control entities/persons and calculated on the worldwide basis) exceeds the Hryvnya equivalent of EUR 150 million.

— for the preliminary conclusions on concentration — up to 14,960 (approximately EUR 500);

— for the preliminary conclusions on concerted actions — up to UAH 4,760 (approximately EUR 170);

— for the conclusions on the qualification of the notified actions — up to UAH 5,440 (approximately EUR 200).

Moreover, the Act introduces expedited 25 calendar days review for those merger control applications, which do not lead to/result in appreciable effect on competition in Ukraine, namely in cases when:

— only one participant to a concentration is active in Ukraine; or

— combined market share of the concentration participants at the same product market does not exceed 15%, or

— Individual or combined market shares of the concentration participants do not exceed 20% at the markets, on which products, without purchase or sale of which, activities of other participant of concentration are impossible, are sold.

Furthermore, the Act provides for a number of novelties in the existing merger control and concerted actions review procedures aimed at raising the predictability thereof. Thus, the regulator introduces pre-filing consultations in respect of the possibility of the expedited review, as well as of the customization of information/documents required for a review of a particular application. Such consultations can also be held during the initial 15 calendar days review of a merger control/concerted action application. Unfortunately, the Act does not regulate this matter any further, hence issues related to the legal status and consequences of such consultations, as well as procedural rules for such consultations are left open, which gives a room for interpretation and provides for the legal uncertainty. Hopefully such matters will be resolved by the amendments to the Regulation on Concentration to be expected.

Further, the Act makes a number of clarifications related to the phase II review of merger control and concerted action procedures. Particularly, the Act provides that the phase II review may apply only in cases where a notified concentration/concerted action raises significant competition law concerns and hence gives grounds for the prohibition thereof. And so the Act removes the necessity of complex and profound research or investigation from the scope of grounds for the phase II review. This rule will hopefully allow avoiding lengthy proceedings in regular merger control matters.

The Act also amends phase II of the review procedure with the possibility for notifying parties to undertake obligations/commitments in respect of notified concentration/concerted actions in cases where the authority discovers grounds for prohibition of a concentration/concerted actions. Unfortunately, the Act does not regulate this provision any further on how the procedure shall look. Hopefully such matters will be regulated by the amended Regulation on Concentration.

More novelties are to be introduced by the Draft Act On Calculation of Penalties for Breach of Antitrust Legislation and Improvement of Court Appeal Procedure against Decisions of AMCU (now pending second re-read). This Draft Act provides for adoption of legally-binding Methods of calculation of penalties for competition law infringements instead of current newly adopted fine calculation Guidelines, which are advisory in nature. Introduction of the abovementioned Methods will establish clear criteria for mitigating and aggravating factors and thereby decrease the possibility of discriminative approach when calculating fines for the same violations and will ensure transparency in calculation approaches.

The above-mentioned Draft Act also introduces amendments to the procedure of court appeal against the decisions of Antimonopoly Committee of Ukraine. Under current legislation, Ukrainian courts cannot review fines imposed by the AMCU. According to the Draft Act, entities will be able to appeal against fines imposed by AMCU to courts, but it will remain impossible to change fines by means of judicial procedure. As a result of court proceedings, a court may either affirm or invalidate and remand the decision of AMCU. That means that the AMCU retains its exclusive right to calculate and impose fines for breach of antitrust legislation, while a court appeal against decisions of AMCU still remains inefficient.

The market is also anticipating greater certainty in respect of other matters: possible limitation of terms for review of cases over breach of antitrust legislation, assessment of joint ventures, assessment of vertical and horizontal concerted actions, and many other areas.