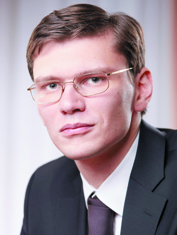 The Salkom Law Firm was founded in 1990. Salkom quickly built a reputation for honest and efficient counsel, and is now recognized as one of the leading providers of legal services in Ukraine.

Year on year the firm is being rated by Ukrainian and foreign rating experts as one of the leaders on the legal services market in Ukraine. Famous international publications and guidebooks, such as The Legal 500 (Europe, Middle East & Africa), PLC Which Lawyer, Chambers Global recommend the Salkom Law Firm as one of Ukraine’s top law firms that practices successfully in the fields of antitrust law, contract law, corporate and commercial, securities, bankruptcy and insolvency, international trade, privatization, and litigation, including foreign courts and international commercial arbitration procedures.

The Salkom Law Firm has extensive intellectual and professional potential, as it employs 39 highly-experienced lawyers. The firm’s employees speak English and other languages, which allow them to work efficiently with foreign clients.

The legal framework of government relations is very broad and multi-faceted. At the same time, all statutes governing this area can be provisionally divided into several basic groups.

The first group consists of statutes determining the status of government institutions and principles of their relations with private business. In particular, this group includes provisions that restrict the state’s interference with private interests, and establish the parity principle for state institutions and private parties in contractual and other civil relationships. Here the important role is played by the rules of Civil Code of 2003, as amended and, of course, by the Constitution of Ukraine.

The third group of statutory provisions governs the matter of protection of a private party’s interests in its relations with state institutions. These legislative provisions establish mechanisms that can be employed by private parties to defend their interests in relationships with the state, and also remedies available to private parties and responsibility of the state. In addition to the above-mentioned acts and codes, procedural acts that establish procedures for adjudicating disputers in courts also serve as a source for this group. Provisions contained in the Code of Administrative Judicial Procedure of Ukraine of 2005 play a key role.

Acts that establish mechanisms for international protection of private interests including interests of businesses and investors account for a significant share in this group. The Convention for Protection of Human Rights and Fundamental Freedoms offers private business an opportunity to seek protection against unlawful acts by the state in the European Court of Human Rights. Further guarantees of protection offered by this international institution are provided by the  On Enforcement of Judgments and Application of Case Law of the European Court of Human Rights Act of Ukraine.

Moreover, Ukraine is a party to a number of Bilateral Investment Treaties (BIT) with dozens of states. All these treaties provide, among other things, for an opportunity for foreign investors to seek protection of their interests in international arbitration institutions.

Nowadays, the role of the state, its functions and a place in the life of the society are undergoing a process of rethinking. New approaches to the state’s powers, functioning of government bodies, interaction between the branches of the state power are being introduced. In parallel, the very system of government institutions is undergoing transformation. A new understanding of the interaction between central and local authorities in various areas such as governance, law-making, finances, security, etc., is shaping up.

These circumstances have a direct influence on both the key trends in this area and the situation with the legislative control as well as legal and practical aspects of relations between private business and the state.

It is worth focusing on the most important processes developing in this sphere.

First of all, today we can talk about certain decentralisation of a number of functions of government control. In the area of public-private partnerships powers of the Cabinet of Ministers of Ukraine as the top government authority are getting more narrow while a certain portion of this agency’s powers are being transferred to ministries and other agencies that manage state-owned property. For instance, the On Changes and Amendments in Some Acts of Ukraine to Eliminate Regulatory Barriers to Support Development of Public-Private Partnerships and Stimulate Investments in Ukraine Draft Act of Ukraine (PPP Amendments Act) provides that a decision to implement a PPP project involving state-owned property can be made by central executive authorities vested with the powers to manage such property. The Cabinet of Ministers of Ukraine can make such decisions in connection with PPP projects only if these authorities have not been appointed. Of course, this new approach taken by the legislator opens new opportunities for certain decentralisation of the implementation of PPP projects. This, in turn, has to promote the practical application of this mechanism of interaction between private business and government authorities.

Secondly, the area of government relations is characterised by the state’s intent to deregulate certain aspects of this area. Recently, legislators even adopted a special Act — On Making Changes in Some Legislative Acts of Ukraine to Simplify Conditions for Doing Business (Deregulation) (Deregulation Act). This piece of legislation is aimed, among other things, at revoking certain administrative requirements (or barriers) in the sphere of private entrepreneurship. Such deregulation applies, first of all, to the use of real properties, parcels of agricultural land, and formalisation of civil contracts.

Thirdly, the modern trend in regulation is that more broad guarantees of protection of rights and interests of private business and investors in their relations with the state are introduced. The majority of new rules concerns a financial component and is aimed at increasing the protection of the property interests of a private investor. The above-mentioned PPP Amendments Act introduced more options for government support to public-private partnerships. In addition to government guarantees and providing financing from state or local budgets, government support can also involve the purchase by the public partner of a certain quantity of goods or services from the private partner under a relevant contract, or by supplying to the private partner goods or services necessary for implementing the PPP project.

The legislative amendments introduce additional mechanisms aimed at protecting the financial interests of the business and mechanism for regulating the prices or tariffs of goods or services sold by the private partner. Legislators introduced the rule according to which in the event that the prices or tariffs which are subject to state control are not economically viable and no compensation is provided, the private partner can suspend performing its investment obligations under the PPP agreement.

The above PPP Amendments Act also extends the use of international arbitration as a mechanism for resolving disputes arising between state and private partners, and provides the possibility for such disputes to be resolved by arbitration institutions outside Ukraine. The act also limits so-called exclusive jurisdiction of Ukrainian courts. For instance, Ukrainian courts will not have exclusive jurisdiction over disputes that arise in connection with real property located in Ukraine, and such disputes can be submitted to foreign arbitration institutions as well.

Extension of the application of international arbitration as a mechanism for resolving disputes between public and private parties takes place in certain specific areas of the public-private partnership. The PPP Amendments Act provided for the arbitrability of disputes arising in connection with concession agreements. According to the PPP Amendments Act, such disputes can be submitted to international arbitration not only when a party to the dispute is a foreign entity, but also when the dispute involves a Ukrainian company with foreign investments.

Finally, there is another trend in the attempts of legislators to broaden the sphere of application of partnership relations between government authorities and private business within the framework of PPP and to ensure certain flexibility for both private parties (private partners, investors) and the state involved in a public-private partnership. The PPP Amendments Act introduces rules setting out a new composition of the parties to a PPP: subject to certain conditions, a private partner in a PPP can be either a winner of a competition (organised to select a private partner for a specific PPP project) or other legal entity established by the winner as a vehicle for participating in the PPP project.

All these events provide a reason for saying with confidence that we will be able to see how relations between private business and the state will move to a whole new orbit even though such progress will be gradual.