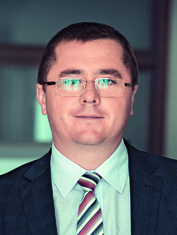 ILF is the No.1 law firm in Eastern Ukraine whose core competences are in: public-private partnerships and privatization, corporate and investment consulting and dispute resolution. We have been working on the Ukrainian market since 1994 and are among the top 15 leading law firms.

As a legal advisor for business, ILF helps clients to maintain control over the situation and be confident of the decision and their future.

We defend and are successful in complex, resonant, and controversial situations, when there is no easy solution and there is a threat to business, property or personal safety.

Based on the client’s strategic priorities and international experience, we help our clients to enter new markets and to build strong relationships with foreign partners and investors. Since 2014 ILF has been an IPO-partner of the Warsaw Stock Exchange. Our offices are located in Kiev and Kharkov, also we have partner offices operating in the UK, Germany, Poland, France, the USA and Cyprus.

We are result-oriented and do not operate for the account of the client, but for the client. This allows our clients to achieve their goals ahead of time.

Ukrainian labor law is one of the few branches of the national legal system that still stick to the ways of the Soviet era. The current Labor Code of Ukraine was adopted on 10 December 1971. Over 120 amendments had been introduced to it by 2006. I’d like to point out that on 5 November 2015 the Ukrainian Parliament adopted the Draft of a new Labor Code in the first reading. The text is still in the works but it may become law by the end of 2016.

Nevertheless, legal regulation of labor relations in Ukraine remains dynamic, as new laws are being adopted and new amendments introduced. So, what noteworthy changes did 2015 bring, and how did this affect relations between the employer and employee?

On 28 December 2014 the On Amendments to Several Legislative Acts of Ukraine regarding the Reformation of Mandatory State Social Insurance and Legalization of Salary Fund Act of Ukraine was adopted, introducing a number of notable changes to the hiring procedure as well as raising employers’ accountability for violating labor law.

— Now hiring requires an order to be issued by the employer. Before admitting a person to work the employer must notify in writing the local office of the State Fiscal Service of the concluded employment contract.

— Registration of written employment contracts at the State Employment Service by individual employers is no longer required.

Penalties against employers have been significantly increased:

1. A fine of 30 minimum wages for each affected employee for: admitting a person to work without an employment contract, paying wages while withholding the unified social tax or registering an employee as a part-time worker while actually having him or her work full-time.

2. A fine of 10 minimum wages for each affected employee for violating minimum state guarantees for remuneration.

Internally Displaced Persons: the Rights of Employers and Employees

The ongoing conflict in Eastern Ukraine and the Anti-Terrorist Operation played a major role in the changes in labor law in 2015.

On 5 March 2015 the On Amendments to Several Laws of Ukraine regarding the Reinforcement of Social Guarantees for Internally Displaced Persons Act of Ukraine  was adopted. It was necessitated by the need to create favorable conditions for the social adaptation of citizens that were forced to relocate from Donbas to other regions of Ukraine due to the conflict there.

The Act provides a number of economic measures that encourage employment of IDPs:

— Employers that hire them are entitled to reimbursement of labor costs. This requires concluding a fixed-term contract for a minimum term of six months and then keeping the person employed for one more year upon expiry.

— Employers that hire registered unemployed persons from among IDPs for a minimum term of 12 months are entitled to reimbursement of expenses for retraining and professional development of such persons. Reimbursement covers actual expenses for professional training but cannot be higher than 10 living wages for able-bodied persons in effect at the time the said expenses were incurred.

It should be noted that such reimbursement was to be returned in case of the employee’s dismissal at the employer’s initiative or as a result of a settlement between parties before the term of guaranteed employment expired.

In 2015 guarantees for employees mobilized into the Armed Forces of Ukraine received special attention. In accordance with Article 119 of the Labor Code of Ukraine effective in 2014, employees mobilized for active military service during the special period for the term not exceeding one year retained their job and were to be paid their average wage. The state was supposed, in turn, to reimburse employers’ labor costs. However, in the absence of a clear legal procedure no such reimbursement was actually provided.

The Act of Ukraine On Amendments to Several Legislative Acts of Ukraine regarding the Procedure for Performing Military Service and Social Guarantees for Citizens of Ukraine Performing Military Service during the Special Period  of 15 January 2015  expanded the circle of persons that retained their job and average wage.It included volunteer soldiers who enlisted during martial law or a special period as well as persons that stayed in military service as volunteer soldiers after demobilization.

The On Amendments to Several Legislative Acts of Ukraine regarding the Improvement of Certain Issues of Mobilization and Social Guarantees for Citizens of Ukraine that are to Be Discharged from Military Service during the Special Period or on Account of Demobilization of 18 March 2015 Act of Ukraine guaranteed the retention of job and average wage for military personnel that were wounded, declared missing in action or prisoners of war. The retention was to last for the whole period of recovery or of being MIA or a POW.

Around the same time the Cabinet of Ministers of Ukraine issued Decree No.105 of 4 March 2015 That established the procedure for reimbursement of labor costs incurred by employers paying an average wage to mobilized employees.

The On Amendments to Several Legislative Acts of Ukraine regarding Social Guarantees for Citizens of Ukraine that Perform Military Service during the Special Period of 14 May 2015 Act of Ukraine guaranteed the retention of the job and average wage to persons drafted into active military service. Moreover, the duration of retention was changed to last from the time of the draft until the moment of actual demobilization.

Finally, the On Amendments to Several Legislative Acts of Ukraine Act of Ukraine of 24 December 2015 denied employers the option of seeking reimbursement from the State Budget of Ukraine. In 2016 employers once again, like in 2014, have to incur additional expenses to support military personnel.

An important step towards equality of citizens before labor law was taken with the adoption of the On Amendments to the Labor Code of Ukraine regarding the Harmonization of Legislation on Discrimination Prevention and Counteraction with European Union Law Act of Ukraine of 12 November 2015. An anti-discrimination amendment was introduced into the Labor Code, prohibiting discrimination in labor relations based on the following criteria: color of skin, gender, sexual orientation, ethnic, social and foreign background, age, health, disability, suspicion for or presence of HIV/AIDS, work unions membership, participation in strikes, going to or the intention of going to courts or other institutions to protect one’s rights or supporting other employees in the defense of their rights, other criteria not related to the nature of the work or the conditions of its fulfillment. Thus, labor law was brought into line with the guidelines given in Article 1 of European Union Directive 2000/78/ЕC.

In January 2016 a Bill was introduced to Parliament to amend the On Collective Contracts and Agreements Act of Ukraine. It is aimed at fulfilling Ukraine’s obligations in accordance with the Ukraine-European Union Association Agreement for 2014-2017. The main novelties of the bill are:

— The parties of a collective contract get the option to suspend its effect for a certain term due to objective reasons (in case of economic recession, financial crisis, etc.), in accordance with the procedure provided by the contract or agreement or agreed upon by the parties.

— The option is introduced to conduct collective negotiations involving individual employers with the aim of signing a collective contract.

First of all, adoption of the new Labor Code. Companies should get efficient instruments for dealing with employees. What’s important is that the draft allows employers to manage labor relations with local normative acts, which will let foreign investors use clear and familiar guidelines for operating on the Ukrainian labor market.

Furthermore, we should expect changes in labor disputes. Parliament has been considering various mediation bills for several years. Despite a few serious differences, all of them permit mediation as a means to settle labor disputes. This will significantly reduce negative consequences for businesses caused by lawsuits, since the mediator’s goal is to reconcile the parties and reach a compromise and not to fight someone’s case.

Finally, labor relations will be more and more influenced by anti-corruption measures, growing business transparency and observation of ethical norms. Of course, compliance programs and policies in Ukraine are mostly limited to companies with foreign investment. However, doing business with the United States and EU requires observing anti-corruption and anti-bribery legislation, which is why regulation of labor law will remain a major trend in the foreseeable future.