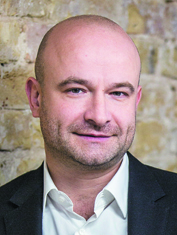 ECOVIS Bondar & Bondar is a boutique full-service law company, member of ECOVIS International, a leading global consulting firm operating in over 50 countries around the world.

Tailored solutions, high quality, focus on details, promptness, responsiveness, flexibility, out-of-the-box thinking, practical approach to resolving clients issues, cost and time effectiveness — these are the principles that guide us in delivering our legal services. Among our strengths are:

We have been operating in Ukraine since 1998 and know the Ukrainian market and people in it. We have long-established and continuous working relations with the Ukrainian state authorities.

As a member of ECOVIS International, we have permanent access to the international and interdisciplinary knowledge in different jurisdictions, which ensures that our clients receive the most realistic and balanced advice on cross-border and local matters.

Our lawyers are highly qualified in diverse areas of law and possess an excellent knowledge of Ukrainian legislation and international legal standards in the provision of legal services.

ECOVIS Bondar & Bondar is a recognized law firm in Ukraine and its partners are named among leading lawyers in their respective practice areas according to  international and Ukrainian legal directories.

It won’t be an exaggeration to say that the Common Aviation Area Agreement between the European Union and Ukraine is now the white paper of Ukrainian aviation.

This is the document that contains goals and objectives which Ukraine should achieve in the next decade to establish an adequate legal framework for aviation.

It does not matter that this Agreement has not come into force yet or even been signed. It systematizes the key regulatory principles and consists of references to those European statutory provisions that must be directly incorporated into the Ukrainian legal framework.

One of the major principles of the Agreement is the adoption by Ukraine of a whole raft of European Union legislation pertaining to civil aviation, including that related to flight safety, passenger protection, air carrier’s liability, environmental protection, competition, government assistance, etc.

Strictly speaking, the main legislative act regulating Ukrainian aviation at the present moment, the Air Code 2011, is also the result of efforts exerted by Ukraine to adjust national legislation to European standards. Adoption of this Code was a step taken by Ukraine and the European Union towards the implementation of the Common Aviation Area Agreement.

The Common Aviation Area Agreement singles out a number of key units of aviation legislation with regard to regulatory functions:

It should be noted that our State has made progress, to varying extents, regarding the regulation of the above-mentioned aspects of aviation operations. The following is a brief description of the current state of Ukrainian aviation legislation and of the most pressing issues it currently faces.

The so-called “economic set of norms” that deal with issues of air carrier licensing, granting and revoking traffic rights, airport operations (including the issue of slot allocation, access to ground handling and airport charges).

This sphere of regulation is the one with the biggest number of pressing issues for Ukrainian aviation. It is these issues that are constantly accompanied by corruption scandals, and the legislation on these matters is more often subject to influence by lobbyists.

The European Parliament and Council adopted Regulation (EC) No. 1008/2008 setting out the main conditions for, and procedure of, granting operating licenses to EU air carriers.

Ukraine does not currently have a unified legislative act aggregating all economic requirements put forward to air carriers for granting an operating license. The license provisions, adopted by the Ukrainian Transport Ministry back in 2001, provide only for the air carrier to be registered in Ukraine and to have a valid air operator certificate. Several norms, that in their essence are license provisions, can be found in the Air Code of Ukraine and in the air carrier certification rules. Those norms more or less duplicate the norms provided for by Regulation (EC) No. 1008/2008, excluding the following key issues, that as of today are still not regulated in Ukraine, namely:

— the air carrier has to be under substantial ownership/effective control of Ukraine/Ukrainian national; and

— the main occupation of the air carrier is to operate air services and/or repair and maintenance of aircraft.

The Procedure of Granting Traffic Rights

This is by far one of the most highly charged issues in Ukrainian civil aviation. Within the last couple of decades the regulatory authorities have adopted new rules on granting traffic rights five times.

The most recent Aviation Rules for granting and revoking traffic rights No. 686 of 13 November, 2014, that were adopted by the State Aviation Service of Ukraine, are in their essence to be seen as rather revolutionary. Virtually a mathematic evaluation algorithm has been introduced to decide upon the applications of air carriers, which naturally effectively decreased the discretionary powers of officials in the decision-making process and in so doing lessened the component element of such powers, namely corruption pressures. These Rules have consistently mirrored government policy in the aviation sphere. The fundamental principle of this policy is definitely the maximization of the transit potential of Ukraine inter alia by developing Borispol Airport into a hub, the priority support of the national network of air carriers and expanding domestic air traffic.

State regulation of this sphere has to aim primarily at restriction of market dominance in airports and the establishment of a balance of convenience between the airport, ground-handling companies, air carriers and passengers.

The issue of slot allocation in Ukraine is regulated by the Rules for allocation of flight departure and arrival hour zones at international airports of Ukraine, approved by the Order of the Ministry of Transport of Ukraine No. 645 of 16 July 2004. However, this document is in many respect obsolete and does not correspond to the aims that where initially assumed for it by legislators.

Today, the airports still have many opportunities to discriminate against air carriers.

The European procedure of slot allocation is based on Council Regulation (EEC) No. 95/93 of 18 January 1993 on common rules for the allocation of slots at Community airports, the Regulation (EC) No. 793/2004 of 21 April 2004, the ICAO Circular 283-AT/119-2001 Regulatory Implications of the Allocation of Flight Departure and Arrival Slots at International Airports.

The level of regulation in respect of issues of the ground handling services market access is even worse. The fragmentary regulations are included in several articles of the Air Code of Ukraine (Articles 77, 78, 80), as well as into the Rules of airport certification, approved by the Oder of the State Aviation Service of Ukraine No. 407 of 13 June 2006. Today, access to the ground handling services market is practically and legally dependent upon the airport. This, of course, disfigures the competition and puts the airport into a dominant position. In the EU Council Directive No. 96/67/EC of 15 October 1996 on access to the ground handling market at Community airports is applied. However, it should be noted that this document sets out the basic principles of market access, but does not provide for strict regulation of these relationships. Many of the issues remain at the discretion of the airports or aviation authority officials. In the Ukrainian realities such freedom of actions could result in hollowing-out of the whole essence of regulation. The rules of access to the ground handling market have to be very precise and regulate the application procedure in detail, as well as establish transparent decision-making criteria, provide for a strict mechanism for implementation and liability of the airport for violation of rules.

The liability of an air carrier to a passenger for air incidents is based on the provisions contained in the Montreal Convention which became effective for Ukraine as of 6 May 2009. National legislation — the Air Code of Ukraine, the Passenger and Baggage Carriage Rules — also contain provisions which regulate in detail the liability of air carriers for flight delays, flight cancellation, both for reasonable excuses, and for reasons not releasing from responsibility.

It should also be noted that pertaining to certain issues Ukrainian legislation regulates areas of aviation business in too much detail. For instance, the Passenger and Baggage Carriage Rules, approved by the Order of the Ukrainian Transport Ministry No.735 of 30 November 2012, still contain a requirement for the minimum free baggage allowance. As a result, a baggage transportation cost is automatically included into an air carrier tariff even if a passenger travels without any baggage. The legitimacy of this provision gives rise to reasonable doubt because, in fact, it causes discrimination against a certain category of passengers. Besides that, it is an apparent rudiment, because, for instance, low-cost airlines cannot comply with this provision a priori. One of the key principles of consumer rights regulation in the European Union is that the State should not set any service standards for air carriers, however the passengers should be provided with minimum guarantees for protection of their rights. Such guarantees are also fulfilled through stringent requirements applied to information about services rendered by air carriers (see Regulation (EC) No. 80/2009 of the European Parliament and of the Council of 14 January 2009 on a Code of Conduct for Computerised Reservation Systems, Council Directive 90/314/EEC of 13 June 1990).

Nowadays, automated reservation systems are an integral part of any aviation market and the major air carriage sales channel. More importantly, with regard to the amount of generated income and capitalization, the main global distribution systems (GDS) can be compared with or even significantly outmatch lots of air carriers. Dominance of global distribution systems gives rise to disputes related to discrimination and violation of competition laws. In particular, such practice is being actively generated in Europe and North America.

Regulation (EC) No 80/2009 of the European Parliament and of the Council of 14 January 2009 on a Code of Conduct for computerised reservation systems gives a basis in regulation of operations of global distribution systems. It is apparent that Ukraine must plug this gap as soon as possible by relying upon the statutory provisions of European legislation.