A Remarkable Year of Restructuring. What Next? 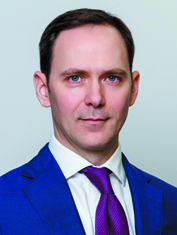 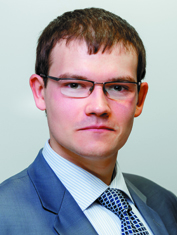 Avellum is a leading Ukrainian full service law firm with a special focus on finance, M&A, and dispute resolution.

Avellum’s goal is to be the firm of choice for its clients with respect to their most significant business transactions. Its team is responsible, commercially-minded, solution-orientated and cost-effective. The firm brings the most advanced Western legal techniques and practice, which, coupled with first-hand knowledge, broad industry experience, and unparalleled level of service, will help clients achieve the best results in their business endeavours. Avellum’s lawyers work seamlessly in integrated teams with premier US, UK and European law firms in the course of multijurisdictional transactions. The firm offers its clients highly individualised focus on their matters, and is relentless when it comes to observing deadlines.

The firm’s employees received their education from top Ukrainian and Western universities. The team consists of 27 highly qualified attorneys, including three partners — Mykola Stetsenko, Glib Bondar, and Dmytro Marchukov, who are actively involved in every transaction.

Avellum is recognised as one of the leading law firms in Ukraine by various international legal directories and Ukrainian legal editions such as Chambers & Partners, IFLR1000, Legal500, International Tax Review, Ukrainian Law Firms, and others.

What happened in 2015 in the world of Ukrainian corporate finance was a reflection of larger scale events in and around Ukraine. In this article, we will share our view of the key events in 2015 in the area of corporate finance, highlight the most important legislative and regulatory developments in finance and, based on our experience, make a few suggestions for creditors and debtors on how to navigate through 2016.

There is one word, which could succinctly describe 2015, “restructuring”. We can safely say that it was a record-breaking year in terms of the scale of restructuring. The pressures of the war, slump in the Ukrainian economy, hryvnia devaluation, shift in global markets and, in some cases, a host of other homegrown problems mounted. Even more resilient debtors found restructuring to be the only solution, sometimes after softer restructuring options of reprofiling/liability management exercises, refinancing or amendment of borrowing terms did not work.

Last year was particularly characteristic because it was the year when the sovereign and quasi-sovereign entities completed the biggest chunks of their debt restructurings. Given many overlaps among public and private sector creditors, the success of commercial debt restructurings was largely dependent on the deal between Ukraine and its creditors. When they did, this gave investors a powerful signal and a general sense of direction in their dealings with local private sector debtors.

At the same time, the new money financing and refinancing from private sector creditors all but dried up. Only international financial institutions, such as the EBRD and IFC, provided some new loans to Ukrainian borrowers, but on a smaller scale than before. New loans were also coming to Ukraine as part of the significant financial support from official creditors, including the EU, Canada and Japan. There were no new money issues of Eurobonds other than one issue by Ukraine supported by the US guarantee.

The strict targets of the IMF Extended Fund Facility required Ukraine to do the restructuring of its sovereign and sovereign guaranteed debt obligations. Together with the sovereign, the City of Kyiv, FinInPro (a special state finance vehicle for Euro 2012 projects), Oschadbank, Ukreximbank and Ukrzaliznytsia, as quasi-sovereign entities, had to do the same. By the end of the year, Ukraine, the City of Kyiv and the two state banks restructured around USD 18.1 billion of their respective debt obligations.

This debt restructuring was unprecedented for Ukraine in scale and complexity. Finding compromise between the sovereign and its creditors required innovative solutions and approaches some of which would have been impossible without new legislation. The new laws introduced a new type of sovereign securities, the “state derivatives”, which are subject to special regulation and are somewhat similar to GDP-linked securities used in other sovereign debt restructurings. In addition, new legislative provisions were set up to discourage negative holdout strategies by dissenting bondholders enabling the consenting bondholders to have priority vis-à-vis the dissenters.

Though smaller in scale, the reprofiling exercises of state banks, restructuring of FinInPro’s and City of Kyiv’s Eurobonds had many challenges of their own with complex structuring and manoeuvring through macroeconomic challenges and inflexibilities of Ukrainian law:

— The FinInPro deal involved an exchange of sovereign guaranteed Eurobonds into sovereign notes and state derivatives as well as new rules to resolve certain tax issues following such exchange.

— The City of Kyiv deal involved conversion of municipal debt into sovereign debt. The fact that the original borrowings were structured through loan participation notes and underlying cross-border loans made structuring more nuanced and complex.

Last year saw a surge in liability management exercises by some of the biggest names on the market, including Ferrexpo, DTEK, PrivatBank and Avangard. A notable feature of these deals was that most of them did not go down the familiar consensual paths of consent solicitations, exchange offers or tender offers. We saw a growing trend of resorting to previously untested routes on the Ukrainian market, such as the English court-approved scheme of arrangement. The scheme of arrangement is a particularly attractive tool to deal with dissenting creditors who otherwise may not agree to the terms of the proposed deal.

The successful course of debt restructurings depends on finding right solutions from Ukrainian law perspective. Ukrainian currency control requirements are often particularly challenging especially when creditors may agree to ease certain terms (eg, maturity extension) in return for a coupon increase, partial prepayment or other forms of immediate cash-out. These options have always been a problem in light of the long-standing maximum interest rate limitations, which still remains unchanged. The highest limit is 11% per annum for 3-year and longer loans in major foreign currencies (eg, US dollars, Euro). In light of huge pressures on hryvnia, the National Bank of Ukraine (NBU) introduced back in 2014 the so-called “temporary” measures which are still effective and, among other things, prohibit prepayments under cross-border loan agreements and payments under individual licences for suretyships. In 2015, the currency control restrictions became even stricter. Starting from August 2015, the NBU made it impossible to change lenders and/or borrowers under cross-border loan agreements. For some time, these restrictions blocked any restructuring efforts involving assignments or similar mechanisms. In the wake of 2016, the latter restriction was replaced with the new cross-border loan registration procedure involving additional scrutiny from the servicing bank and the NBU. It is already apparent that this procedure will require additional time and efforts to comply with.

There are also some unique issues for specific debtors. In particular, the situation in the areas of Donetsk and Luhansk regions affected by military conflict makes restructuring of companies with their assets there especially problematic. For example, any kind of enforcement actions in these areas under loans, suretyships, security documents so far remain out of sight. Any actions which need to be undertaken by entities located in these areas often face legal, logistical and security issues.

Several Points to Bear in Mind

From debtors’ perspective: It is of paramount importance to understand that co-operation is much better than war. It is a very common thinking among Ukrainian borrowers that if rough times come, there are no friends and it seems to be an all-or-nothing game. However, when a business faces a prospect of insolvency, interests of reasonable borrowers and lenders should align. They need to take all measures in good faith to ensure that business restores solvency and lenders can then get their money back. It is important that borrowers do not play hide-and-seek, but proactively approach lenders about their problems and timely respond to creditors’ requests. Borrowers should come up with their suggestions for a clear and realistic plan of recovery and work out some viable solutions with their creditors. Last but not least, despite problems, borrowers must do all in their power to have the trust of their creditors. Losing trust will not only make the restructuring process difficult, but also can derail prospects for the company to tap the financial market in the future.

From creditors’ perspective: First and foremost, creditors need to make sure that all the finance documents are in order. Ironically, some creditors find themselves without a package of original documentation. It is also important to monitor events in Ukraine and in a particular business they financed. Once there is evidence that Ukrainian business starts wobbling, experienced financial and legal advisors should be hired immediately to get hold of the situation and ensure prompt reactions. There is no guarantee that some dishonost debtors will not start dissipating cash and other assets from the company leaving creditors with an empty shell. Therefore, creditors need to be prepared to take bold steps, including attachment of assets and other asset protection instruments. Avoiding taking the company into bankruptcy is a more preferable as it increases chances of recovery for unsecured creditors. However, creditors need also to be ready that consensual restructuring may fail at any moment and they will need to make sure that their claims are recognised in bankruptcy. This will involve timely crystallisation and submission of claims, maintaining contact with asset managers, active participation in bankruptcy proceedings, etc.

Given that there are several high-profile debt restructurings, some of which started back in 2014 or 2015, still pending, 2016 will almost certainly continue to be the year of restructurings. Hopefully, these deals will be completed later this year and the scale of restructurings will likely start going down. At the same time, there is a small room for hope that new money finance may come back later in the year. This is still with many “if’s”, including maintenance of fragile peace, political stability, dynamics of reforms, but, at the end of the day, both creditors and debtors will need to get back to the ordinary course business with Ukrainian companies needing money to invest and creditors getting a return on their money.