Oil Market vs. the Perils of Criminal Justice 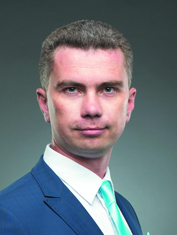 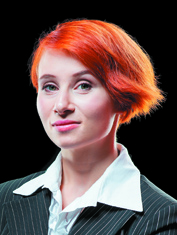 Juscutum Attorneys Association are the legal engineers who transformed legal services to meet all possible client needs. Our aim is to give a full solution to your problem and to adjust classic legal practices to modern needs. In 2011 we established a new practice for Ukraine, IT &Media. Now, in 2017, we are starting TMT practice, which united best professionals in Technology, Media and Telecommunications branch. We turned classical litigation practice into dispute management that focuses on solving your dispute using all available methods. White-collar crime practice has very strong expertise in business security matters.

We are bringing new technologies to legal services. Juscutum Legal Alarm is the first legal app in Ukraine that provides a new client-lawyer communication level. Now, the Patent bot is released in collaboration with our partners, to make trademark registration process easier.

Juscutum is a member of:

— World IT lawyers, global alliance of member firms, specializing in IT law.

Juscutum is ranked in TOP-50 Law Firms in Ukraine 2016 and in Intellectual Property according to Legal 500 2017 (EMEA). Represented in the Ukrainian Law Firms 2015, 2016: A Handbook for Foreign Clients. The firm is named in the TOP 5 of lawfirms in media, telecommunications and intellectual property law as well as in white collar crime according to internal rankings for 2015.

Juscutum also works as a legal representative of the Red Cross Society, participants of the Eurovision Song Contest and a number of Ukrainian museums, cinemas and theaters as a probono.

The firm’s attorneys have top-tier lawfirms experience and offer the same level of service at more reasonable prices.

The petroleum industry has traditionally been under the magnifying glass of law-enforcement. This business is characterized by natural monopolies and it has lots of money. Reforms have also affected this tasty morsel, leaving a trace of notorious searches.

Sumy, Okhtyrka, 2 February 2016. This search, based on allegations of oil theft was initiated by Okhtyrkanaftogaz as a method to fight the company’s competitors.

Kiev City Court of Appeals, 19 June 2015. The Prosecutor General’s Office conducted a search at the office of Court Chairman Anton Chernushenko, who had previously issued several decisions in favour of PJSC Naftogazvydobuvannya and revoked the seizure of wells, shares, and accounts. This search marked the beginning of a new trend whereby those judges issuing “wrong” decisions were prosecuted for rendering knowingly unjust judgments. The move is smart and tasteful. Importantly, despite ongoing criminal proceedings against the judge, the Pechersk Court revoked all seizures of Naftogazvydobuvannya’s property as unlawful. In other words, the court admitted that the judges of the Court of Appeals were correct, as absurd as it sounds.

Pereyaslav-Khmelnytsky, BRSM-Nafta, 25 June 2015. The search was originally positioned as a corporate raid since the visitors had no insignia and it was rather difficult to identify them as representatives of the Main Department of the Ministry of Internal Affairs in Kiev Region. The visit was related to a fire at the petroleum storage and distribution facility near Vasylkiv. The State Fiscal Service even mentioned this case when justifying the recommencement of inspections and revocation of the moratorium.

Kremenchuk, Kremin-Nafta Ltd, 20 March  2014. The visit followed a complaint from a certain law-abiding citizen alleging that the company was selling low-quality fuel. This peculiar tool for protecting the customer’s rights resulted in a search of the offender. The tax inspection paid a visit and collected fuel samples. Further forensic expertise confirmed the quality of petroleum.

What Happens during Searches at Oil Companies

Visiting without paperwork or documents. What does this look like? People in civilian clothing enter a company’s premises. Sometimes they are assisted by people in uniforms armed with automatic rifles. This is where the shutdown of the enterprise’s operations begins. What can be done? At this stage, it is important to keep them out. For instance, good physical protection is helpful (trained security staff, lack of “blind spots” of surveillance cameras, guarding of the entire perimeter). Law-enforcement press offices loudly claim that it is only in exceptional situations that a court order authorizing the search is absent or contains errors. In reality, however, these situations are widespread. It is necessary to review the court order and verify whether the document meets the requirements listed in the Criminal Procedure Code.

Denying access to an attorney. What does this look like? The procedure has already started, and the investigating officer does not regard it necessary to let the attorney enter the premises. What can be done?  The attorney must be notified immediately after the first signs of the upcoming search. The earlier she/he arrives, the greater the chances for the attorney to get in. As to physical access, there are more obstacles to enter these facilities during peaceful times compared to a regular office or residence. It gets even more complicated in the presence of an investigation team. The attorney must be familiar with all points of entry and exit, and every staff member should recognize him/her in person and welcome with open doors when the attorney is rushing to the search. Most importantly, remember that the investigator’s claims are unlawful as she/he can only limit exit, not entry, to the premises. In addition, nobody can violate your right to legal assistance wherever you are, including a petroleum storage and distribution facility.

Collecting oil samples. What does the process look like? It looks like part of the procedure called “search”. If the search is based on allegations of financing terrorism, as was in the case of Poltavagazvydobuvannya, the purpose of collecting samples is to prove that you have been extracting oil on the territories outside of Ukraine’s control or in the Russian Federation. For quite some time now, allegations of financing terrorism are no longer unusual. These charges are added to the mix with the purpose of authorizing the use of force during investigative procedures. What can be done? Recognizing the situation in our country, it is necessary to make preparations in advance and perform several unsolicited expert assessments, as well as have  documents confirming origin available.

Expropriating everything. How does this happen? The investigating officer presents a rather wide interpretation and seizes everything she/he deems necessary for criminal proceedings. What can you do? Obtain and review carefully the court order to understand the scope of court authorization. You can only prevent something from being seized through physical advantage. However, if the seizure record is detailed and contains all the attributes, it is a lot easier for the attorney to have property returned through a court. Take the initiative and make a detailed record yourself.

A visit following someone’s complaint remains a good old tradition. How does it look like? After the search is complete, you will definitely be curious about the underlying reasons. These can be found in case files kept with the judge authorizing the search. In most cases, there is a complaint from a mysterious citizen who was taking a stroll nearby and suspected that you were violating the law. What can you do? It might sound ridiculous, but this is a very popular scheme. If you really annoyed someone, this alert citizen might be a parliamentary member with all resources at his/her disposal. Your security service should follow-up on possible signs as soon as they appear. Do not dismiss seemingly meaningless interviews or ignore incoming requests from the law enforcement bodies. Ignoring them is the first step on the road to a search. A well-written response to the request, along with an elaborate company strategy in general, can create miracles in criminal proceedings.

Imposing seizure on wells and fuel. What does this look like? Law-enforcement bodies always present these actions as necessary for the purposes of a criminal investigation. What can you do in a situation where the assessment has already been done, but your property remains hostage? What are your actions? The aim of the seizure is always to shut down your operations and force a deal. However, accepting its terms will not help to recover your property or receive an ausweis for the future. You need to go to court and have the seizure revoked there. A significant amount of case law has been developed to date in these matters.

Violations in the process. What does this look like? Damage to property, attempts to interview staff members, restricting movement around the premises, denying ambulance access… The list depends only on one’s  imagination and the skills of the investigator and his/her subordinates. What can be done? It is crucial to prepare staff for stressful situations and provide security training for them. Your members of staff are a resource that can help you win the fight. They need to feel that they are a team, support each other, and never leave anyone alone with law-enforcement officers. All violations must be recorded in the comments to the search record. In the future, it might be helpful to file a report about the crimes committed by the investigator.

Even state enterprises are not immune to searches. How do they look in reality? The search at Ukrenerho on 6 October 2015 was a vivid example. It should be noted that the search followed several complaints by Anton Gerashchenko who was the first to report about its conduct on his Facebook page. What can you do? Law-enforcement officials are actively using social networks to shape public opinion or put pressure on the courts. Therefore, the PR department must be an integral part of the company’s security system. It is necessary to work with the media even prior to any search.

The conclusion is that every victory in court is unique. However, all searches have the same shortcomings in common. There is an objective need to amend the Criminal Procedure Code. We have developed a Draft that would increase the safeguards for attorney’s access to the premises, introduce stricter requirements in relation to property seizure and to ensure that rules are clear and transparent for all players in the game. Yes, a search is also a game, and the toys in this game are quite expensive ones.