Tension Factor in the Banking Sector 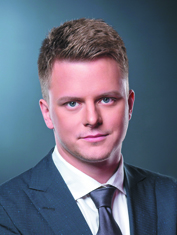 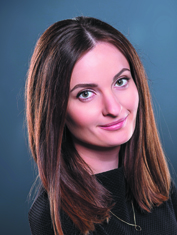 Trusted Advisors is a Ukrainian full circle dispute resolution law firm, which was founded in 2014. The main emphasis of the firm is on corporate disputes, banking disputes (recovery of bad debts, enforcement proceedings and bankruptcy), commercial disputes, and the protection of clients in courts of general jurisdiction as well as in foreign courts and international arbitration tribunals.

The Trusted Advisors’ team consists of qualified professionals with vast experience in a wide range of legal matters, deep knowledge and understanding of the litigation process in Ukraine and overseas. Building on the foundations of its long heritage enables the firm to attract the most talented people and continue to deliver this level of innovation for its clients.

The firm’s commitment to help its clients deliver their global strategies has seen Trusted Advisors build a truly competent Ukrainian law firm. It has also developed strong relationship ties with international law firms in countries where it does not have a presence.

As a result, Trusted Advisors can offer extensive legal assistance to effectively support a variety of complex and challenging transactions, including cross-border matters.

In 2015 Trusted Advisors reached Bronze League of Top 50 Leading  Law Firms in Ukraine based on analysis of key performance indicators of the legal market carried out by Yuridicheskaya Practika Publishing.

In the aftermath of the global financial crisis and the more recent national crisis in the Ukrainian financial system caused by military activities and depreciation of the national currency, banks and other financial institutions are in decline. That is why they need now, more than ever, to be changed and developed.

However, today banks are in a submarginal condition not only due to external factors and the political situation in the country, but also due to mistakes by individuals.

Speaking about the crisis in Ukraine’s banking sector and factors that led to such a situation on the market, we would like to highlight some common mistakes.

Firstly, there are many problems related to bank loans. For more than 10 years in Ukraine the practice has existed of providing loans without proper evidence of credit standing. It means that a debtor, who is not financially capable to pay for the loan, still obtains it using formal grounds and personal connections. As a result, in such a situation a bank is trying to return money but discovers the debtor does not have enough property or assets to satisfy such claims. The above example proves the fact that such procedural rules lead to colossal damages in the banking sector and may cause a banking failure.

A banking failure event always leads down to the second problem — returning private deposits. This procedure is far from perfect too, since only 30% of bank depositors receive their money back. This statistic prevents future pumping of funds into the banking sector and as a result leads to a severe crisis. Therefore, it is necessary to note dissatisfaction in the results of work (activity) of the Deposit Insurance Fund, which has no opportunity due to the poor procedure process, to collect debts while a bank is in temporary administration.

Thus, banks in Ukraine, like in others countries, are the most significant financial institutions in the sphere of monetary policy, payment and account service. It is commonly known that the banking sphere is related to high risk and with the insolvency of one of the major banks, for example such as Delta Bank, may provoke a chain reaction or domino effect of insolvency in other large banks and then cause a systematic financial crisis. So as to avoid such a situation, our state should go to the maximum to resolve such a failing condition by using resources and facilities of all branches of government: legislative, executive, judicial.

Nowadays, unfortunately, the most effective activity may be noted in the “fourth estate”, the mass media. It is only using this resource that the state gets to know about the problematic situation in the banking sphere.

However, today we are going to focus on the judicial branch of government, its authority, and legislative changes in its activity, which help, using its own methods, to get out of the bank crisis.

Firstly, the recognition of many banks being insolvent provoked a huge number of disputes between debtors, creditors, guarantors and the Deposit Insurance Fund. In such a difficult situation litigation practice should call upon the arrangement of legal trends regarding many important issues — mortgage property, the legal basis for termination of obligations between creditors and debtors of a bank, that are in the process of liquidation and other issues.

Nevertheless, in practice, the judicial system is not effective for both debtors/bank depositors and banks for length of legal proceedings and a zero result at the stage of enforcement proceeding.

Two of these problems are on the path to be solved. Unsatisfactory activity on the part of the Enforcement Service of Ukraine (Bailiffs Service) can be corrected by the announced reform of introducing a private enforcement system.

The judicial system is reformed by modification of the Code of Civil Procedure and the Code of the Economic Procedure. In March 2015 the On ensuring the Right to a Fair Trial Act of Ukraine came into legal force which, in the opinion of experts, is continuing the tendency of judicial precedent implementation in Ukrainian judicial procedure. This Law prescribes that a conclusion of Supreme Court in application of legislative provisions are binding for courts of all judicial instances.

The list of judgments, which has a negative and positive impact on the banking system, as made by the Supreme Court of Ukraine, are set out below.

The Supreme Court has forbidden arbitral tribunals to deal with disputes on collecting funds for consumer loans, despite the existence of the arbitration clause in the main contract. Thus, the Supreme Court took the side of consumers because arbitration courts work, in most cases, closely with banking institutions. At the same time, they decide in favor of the party concerned (bank).

According to this judgment, the court determined that the partial performance by the guarantor under the loan contract does not cause the transfer to it of a creditor’s rights under this contract to the full implementation of the debtor’s obligations. It is definitely not good news for guarantors, as it puts them in a worse position than debtors.

The conclusion of this judgement states that the absence of the notification of the debtor about changing the creditor does not release the debtor from its obligations, both toward to the primary and the new creditor, and appears as the only basis for recognition of performance of the obligation before the primary creditor for its implementation.

Before deciding on its merits, the judge obliged to carry out and define the initial sale price of subject of the mortgage on the basis of the procedure, prescribed by Article 38 of the On Mortgage Act of Ukraine. This procedure stipulates that the sale price should be fixed under the agreement between the mortgagor and mortgagee, or in accordance with the valuation of the property, and may not be lower than the standard price for such type of property.

The court prescribed that disputes between banks and debtors about obligations under agreements in foreign currency are public cases and they cannot be considered by a court of arbitration.

Refusal to repay a debt from a creditor in the form of requiring the subject of the mortgage under public tendering leads to termination of the mortgage agreement. Such conduct violates the principle of equal rights and duties of the creditor and debtor and, as a result, artificially increases the debt under the loan agreement.

It must be noted that all these judgments are intended to improve the situation in banking disputes, by removing differential enforcement in judicial system, reducing the time of actual court proceedings, reduce the number of appeal complaints, even if such provisions could be described as infringements of the rights of debtors and creditors equally.

In summing up, the banking sector of Ukraine has found itself in an extremely difficult situation, and there is no surprise here. Many banks are forced to seek out funds from other larger lending institutions at high interest rates. Many banks, unable to compete, are leaving the market or are being sold off along with their licenses at a reduced price. A lot of them are already under temporary administration of the National Bank of Ukraine. The majority of banks in this situation have become involved in obvious fraudulent activities. This is all caused by the redistribution of the banking sector and military activities in Eastern Ukraine, corruption, lower exports and capital outflows.

Despite the fact that the past few years have created a controversial situation for resolving the disputes related to provision of banking services, the overall resolution of disputes in this area not only requires legislation to achieve a common compromise between the interests of all parties to the respective relations. There is also great demand to systematize all the legal trends that affect the overall economic situation.